Soon it will be Christmas day... 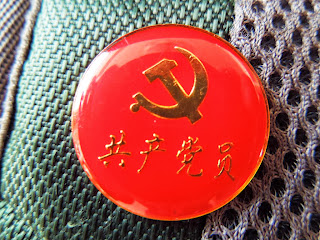 My badge showing my affiliation with the Chinese Communist Party 中国共产党. I found it on the ground when we were at the Temple of Heaven Park 天坛公园 in Běi​jīng 北京 last week, and it's proudly adorned my backpack ever since.

Ring-a-ling and hear them sing, soon we'll be spending our first Christmas in Shàng​hǎi 上海. While there are some decorations to be seen about town (lights, trees etc.), it still takes some effort to get into the proper spirit of things. At least this Wednesday will be a day off from the consulate. Combined with my daughter being on winter vacation from school, the three of us will be together as a family all day long on the 25th. There will be presents under the tree come Wednesday morning as Santa will surely find a way to get in despite the lack of a chimney. Our friends at the public security bureau 公安局 can no doubt show St. Nick how it's done. 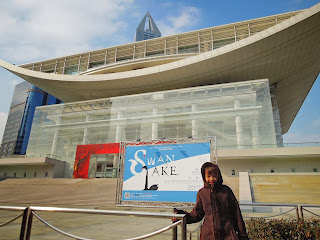 Amber in front of the Shanghai Grand Theater 上海大剧院. After several more smoggy days recently, we were blessed today with relatively clear skies. Behind the theater you can get a glimpse of Tomorrow Square 明天广场, which looms over the entire People's Square 人民广场 area. 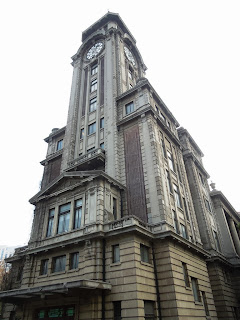 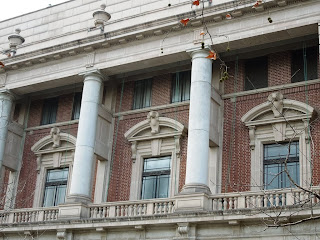 The Shanghai Art Museum  上海美术馆 is (was) located inside the clubhouse building of the former Shanghai racecourse, a venue for horse races built by the British in 1862. The racecourse was razed after the Second World War, and much of the former racetrack is now People's Park 人民公园. The clubhouse dates from 1933, and features a clock tower that was once nicknamed "Little Ben". It's another magnificent example of Shanghai's unique architectural heritage, but unfortunately the museum was closed this afternoon. Apparently, it's in the process of being moved to a new location. The old clubhouse still hosts an expensive restaurant on its top floor, so hopefully it will stick around. 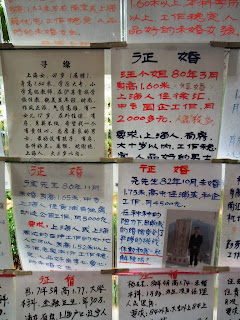 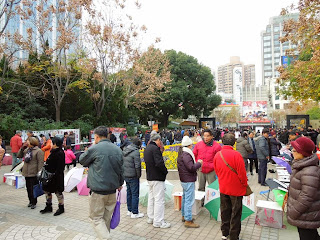 People's Park is home to the Shanghai Museum of Contemporary Art  上海当代艺术馆 (currently hosting an exhibition of works by Japanese artist Yayoi Kusama 草間彌生. The long line of people waiting to get in was the main reason we gave it a pass today) and an Arabic-looking bar fronting a lotus pond. On weekends, the park is filled with parents and grandparents (and professional matchmakers) looking for spouses for their children and grandchildren (and clients). Printouts are displayed with all the important statistics - age, height and monthly income. Curiously, only a few have photos of the person. It's an interesting, sometimes amusing, scene from a sociocultural standpoint, but on a personal level it's somewhat disheartening to see so many souls seeking partners, and one wishes them all the best of luck in their searches. 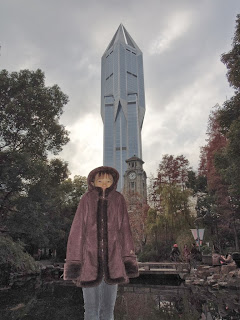 The aforementioned Tomorrow Square. At any moment, I expected the top to open up and a rocket to blast off, like in a scene out of You Only Live Twice. 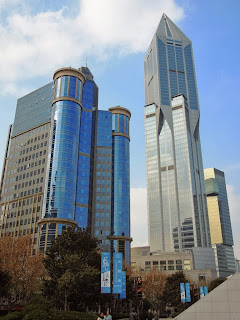 Tomorrow Square is home to some very expensive apartments, as well as the five-star JW Marriott Hotel Shanghai at Tomorrow Square, the lobby of which is on the 38th floor. 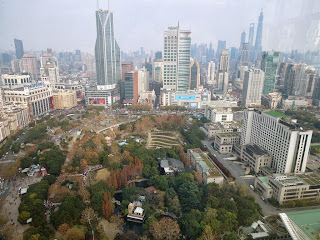 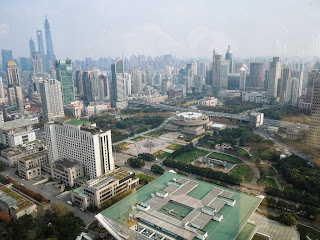 Looking down on the Shanghai Museum  上海博物馆 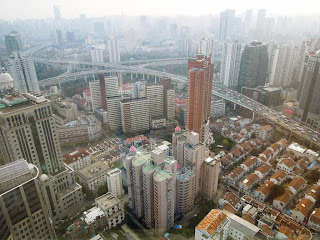 I'm sure it looks even better at night, but the hotel employees probably wouldn't take kindly to gawking tourists, unless the latter were willing to spring for overpriced cocktails. 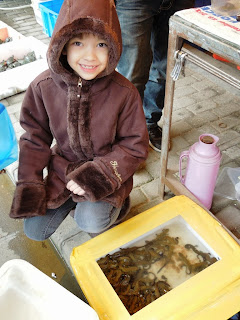 Beside Tomorrow Square is a street called Jiāng​yīn Lù 江阴路, consisting of run-down buildings that have managed to resist the developers (so far). A number of pet shops line the road, dealing in critters ranging from rabbits and turtles to newts and salamanders. 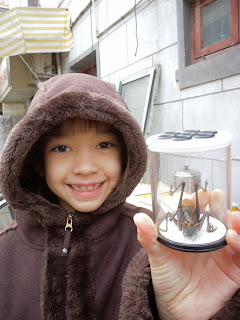 When in Rome, buy a cricket and put it in a small cage 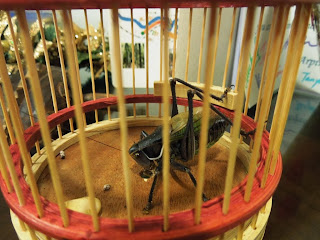 It's only a matter of time before our caged prisoner makes music...or else