Mention Shànghăi 上海, and the first images that probably come to mind are those of the Bund 外滩 and its spectacular waterfront; the futuristic skyline of the Pŭdōng 浦东 area; or the Western-style residences lining the leafy streets of the French Concession 上海法租界. But minus those distinctive neighborhoods and the modern financial districts (not to mention the relatively little in the way of traditional Chinese architecture Shanghai possesses), this city isn't much different in appearance from other urban centers in China. What follows are a few photos I took this morning in the area near the Liánhuā Road Metro station  莲花路站; my daughter takes Go (wéiqí  围棋 in Mandarin Chinese; igo 囲碁 in Japanese) lessons in a building not far from the subway stop. 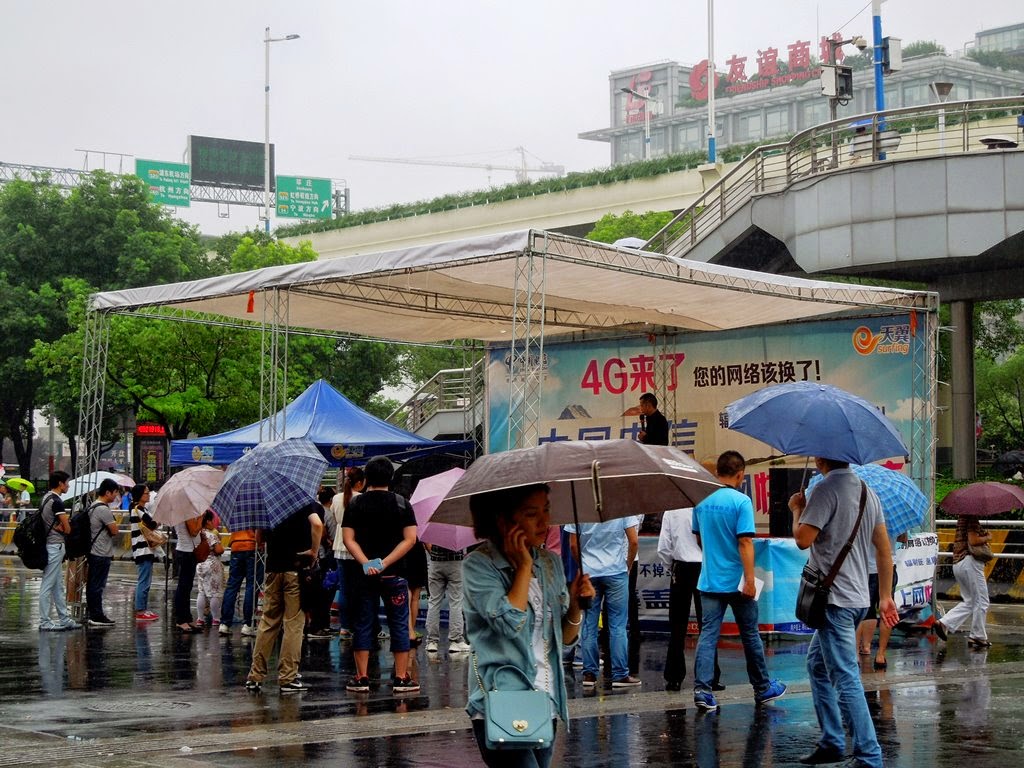 There is always some kind of promotional event being held on this small stage in front of the Metro station. The rain may have kept the number of curious onlookers down this morning. The sign behind the stage heralds the arrival of 4G mobile phones. 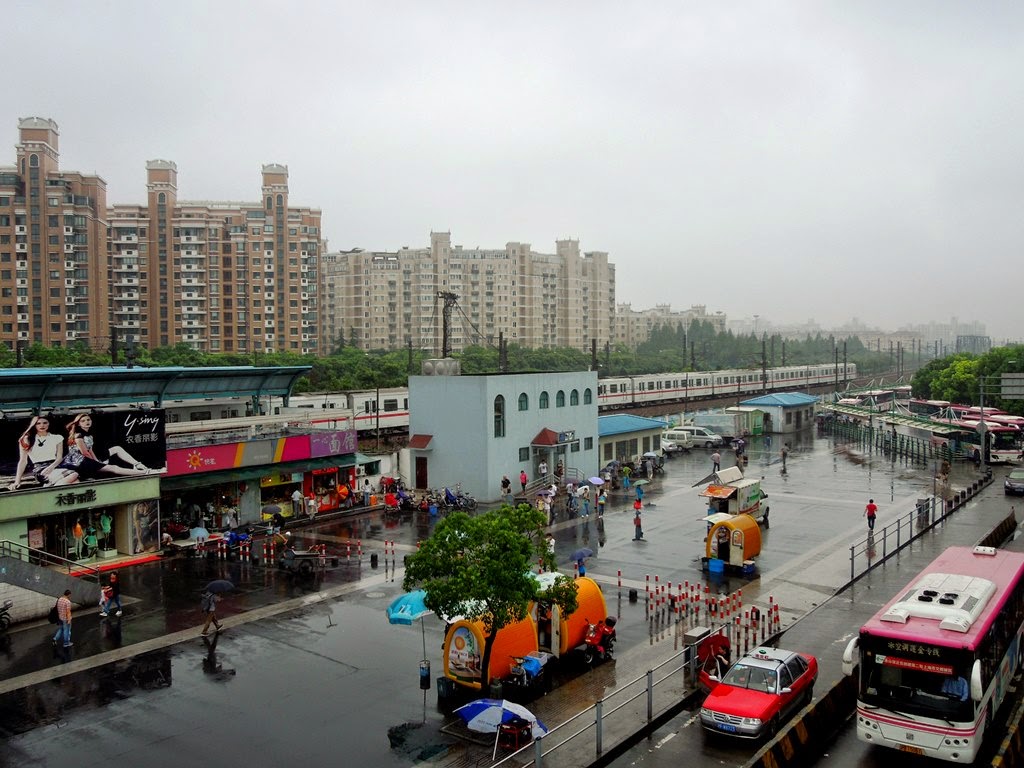 The plaza in front of the station, with a Line 2 Metro train pulling out. Behind the subway platforms are tracks leading to and from Shanghai South Railway Station 上海南站, one of the city's major train stops. 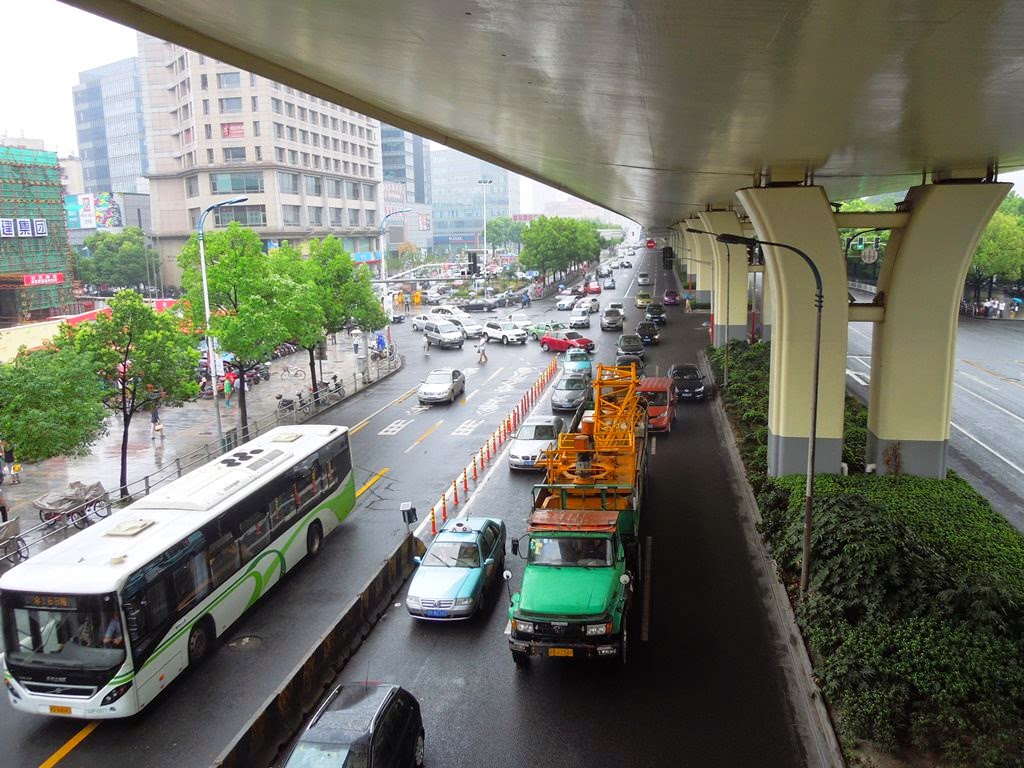 Looking down on the traffic under the Hùmĭn Elevated Road 沪闵高架路. If I had made a video recording of this scene, you would've heard a cacophony of honking horns. 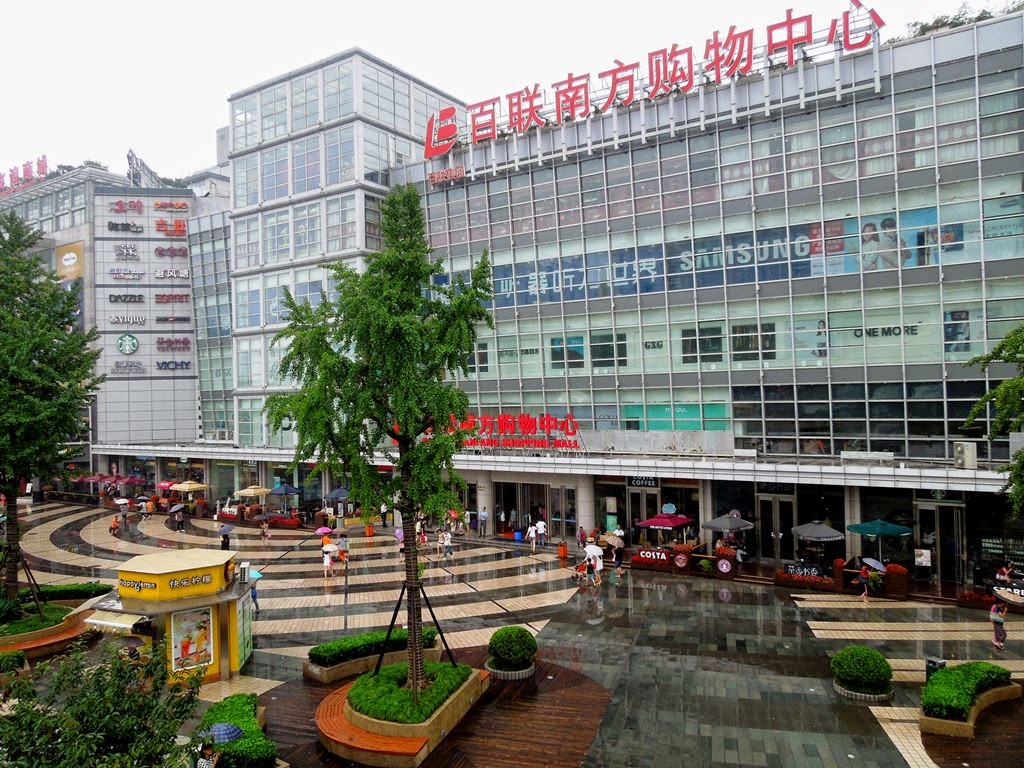 One of Shanghai's gigantic mega-malls, this one anchored by a Carrefour 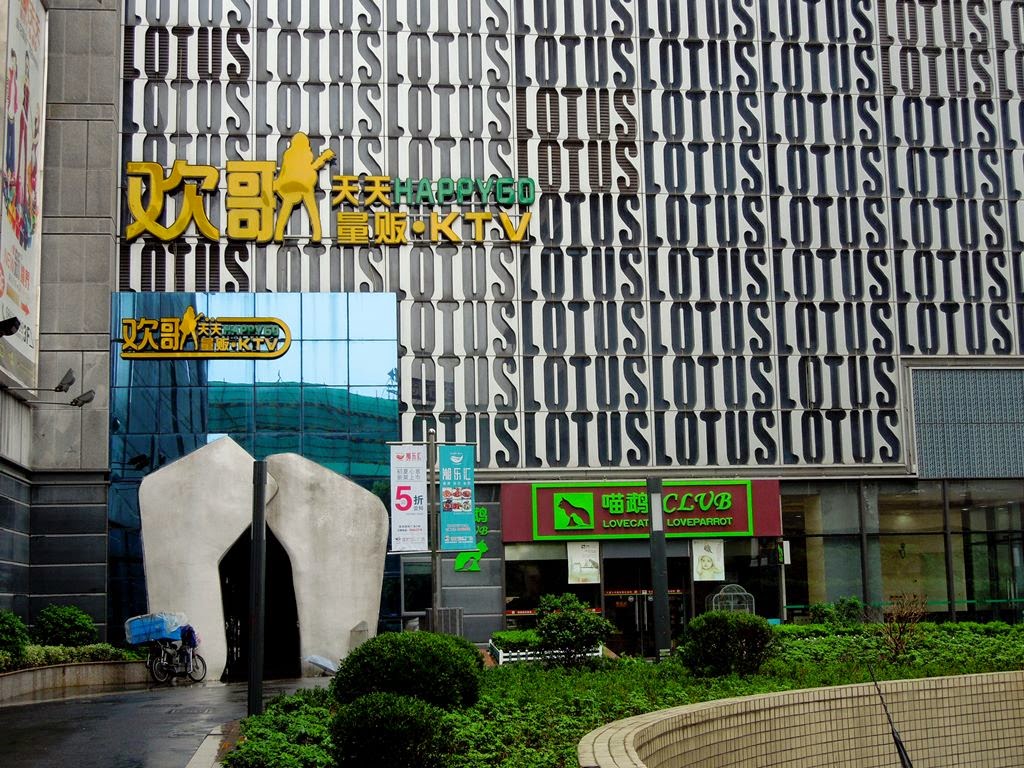 Entertainment of a more "adult" nature... 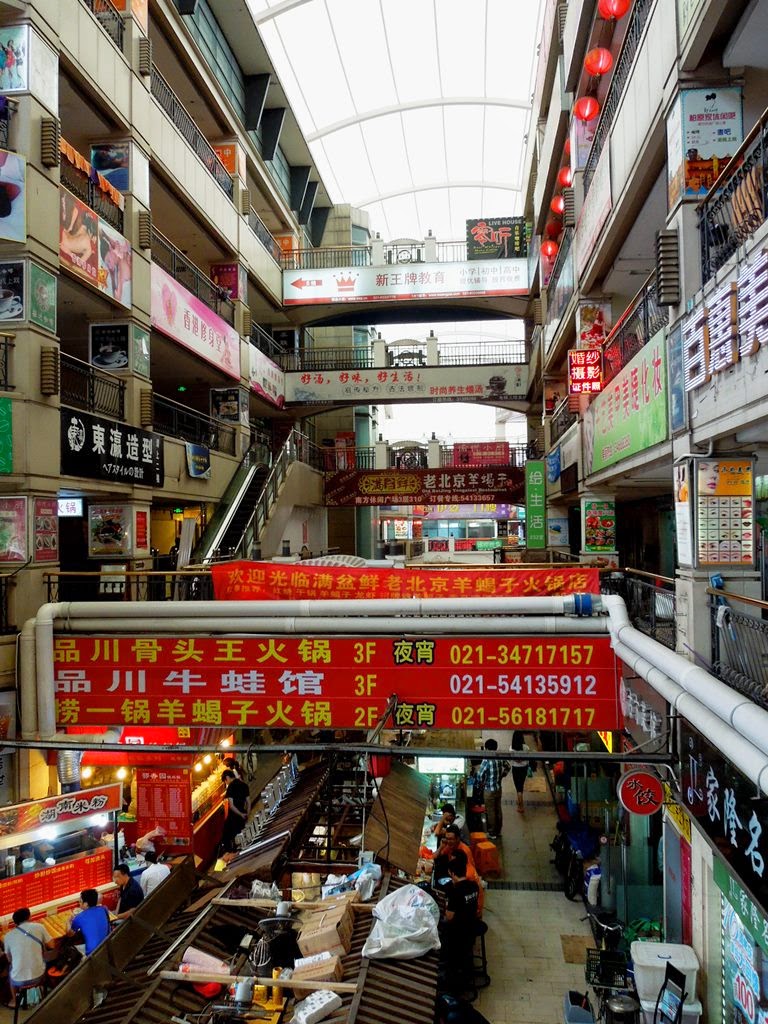 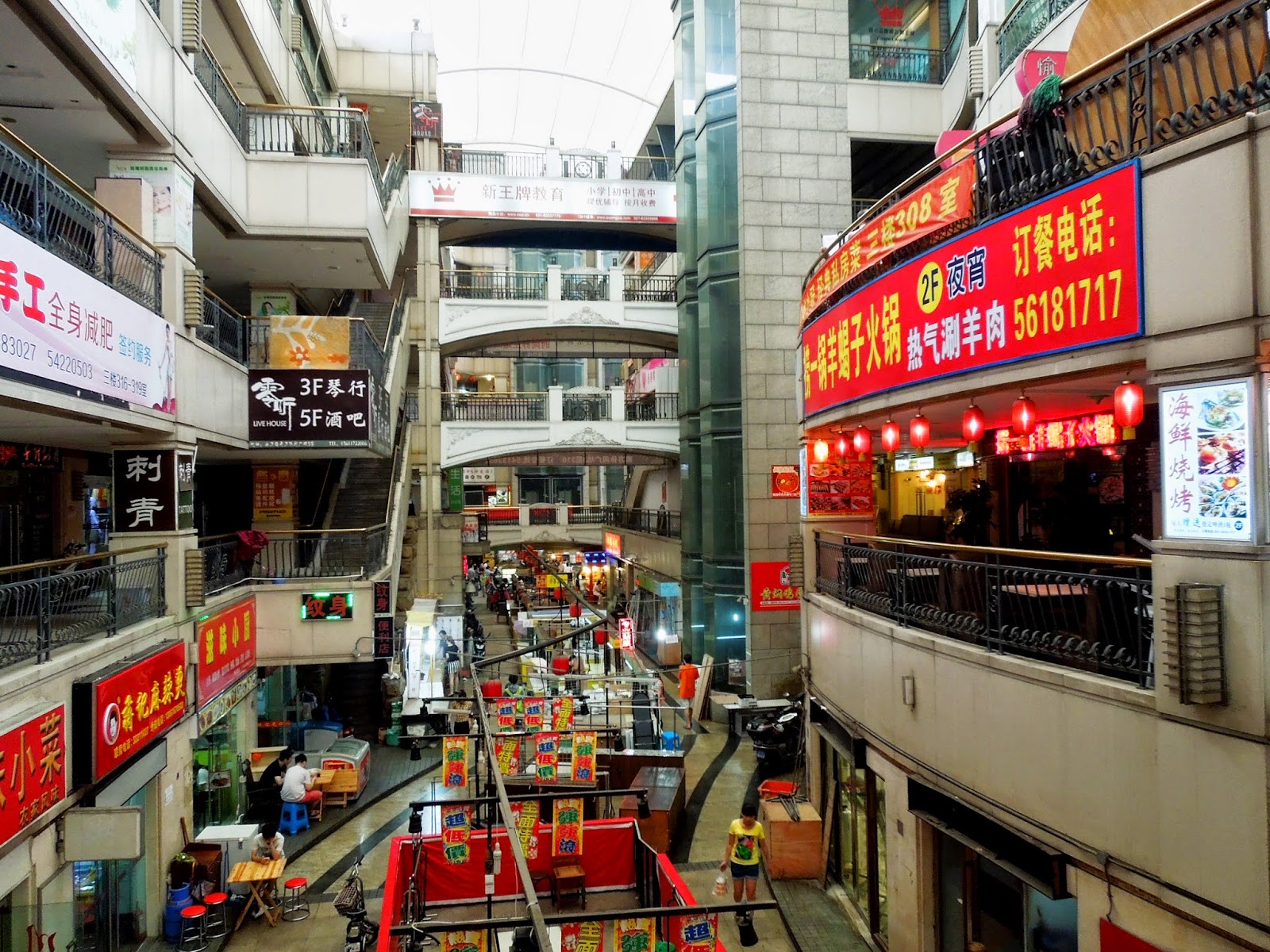 A covered, multi-story shopping arcade. This one tries to replicate the atmosphere of a night market, with its food stands and clothing stalls on the ground floor. The upper floors have a number of restaurants that serve appetizing food prepared under dubious sanitary standards. In any event, this arcade appears to be losing customers to the newer, more modern shopping centers located nearby. 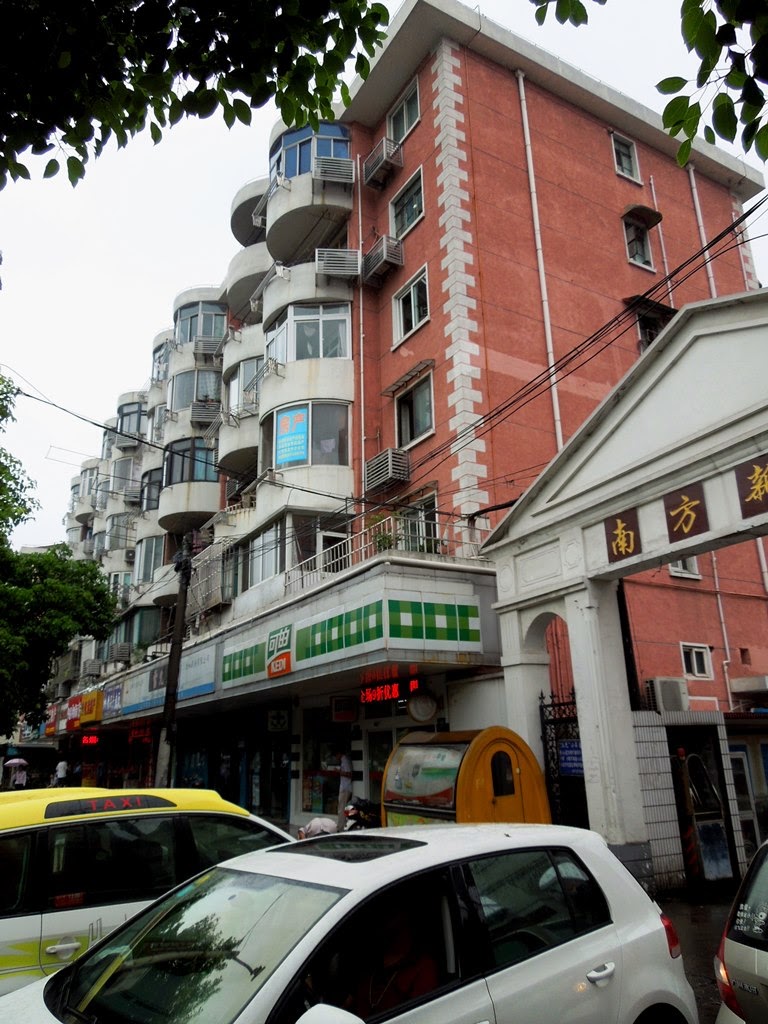 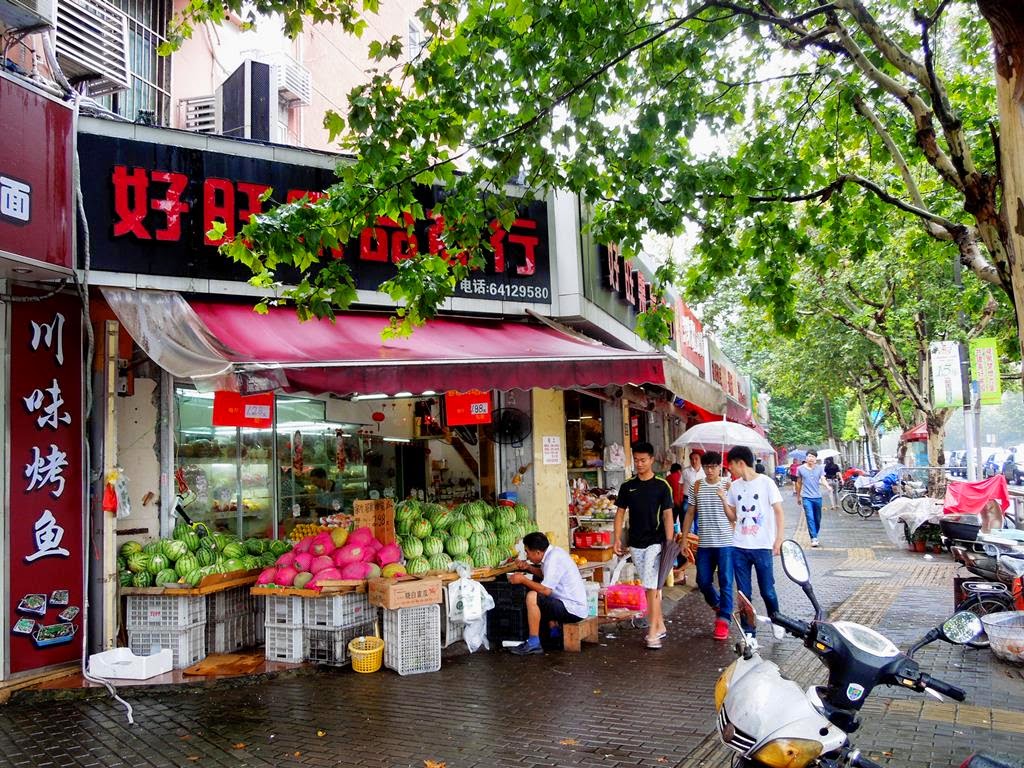 Shanghai neighborhoods often consist of busy roads lined with small shops fronting apartment blocks. Convenience comes at a price - pedestrians must always be on the lookout for the silent electric scooters riding on the sidewalks. 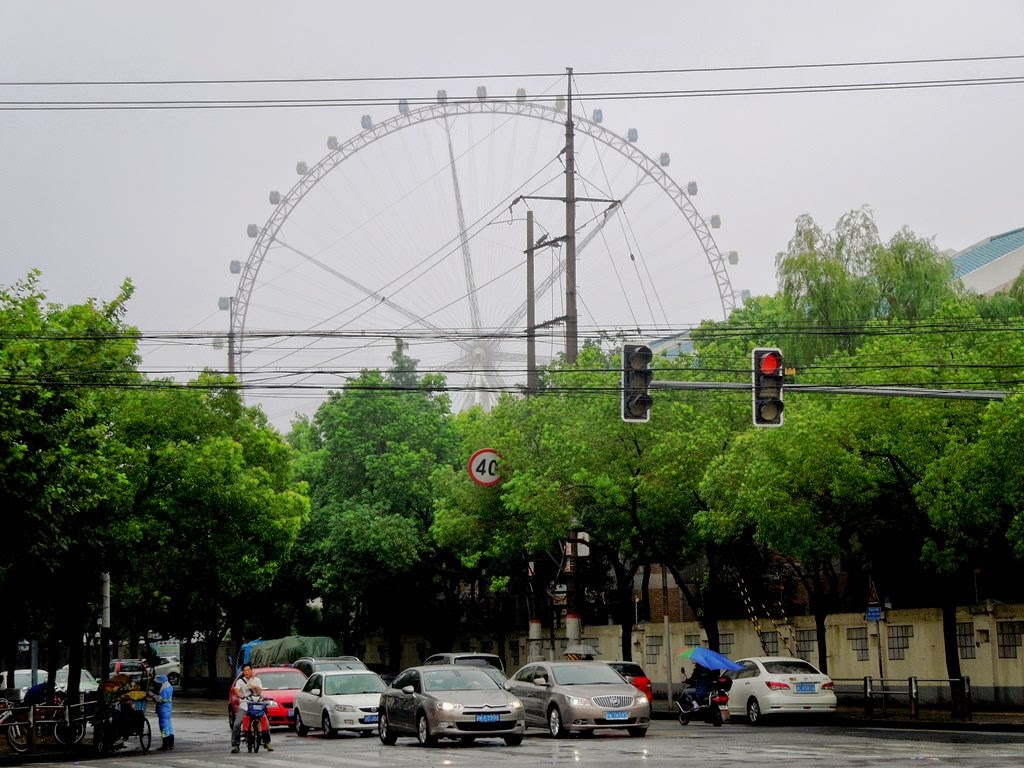 The giant Ferris wheel of the Jĭnjiāng Amusement Park 锦江乐园 looms over the neighborhood. It looks much better in the evening, when it's lit up. Of course. 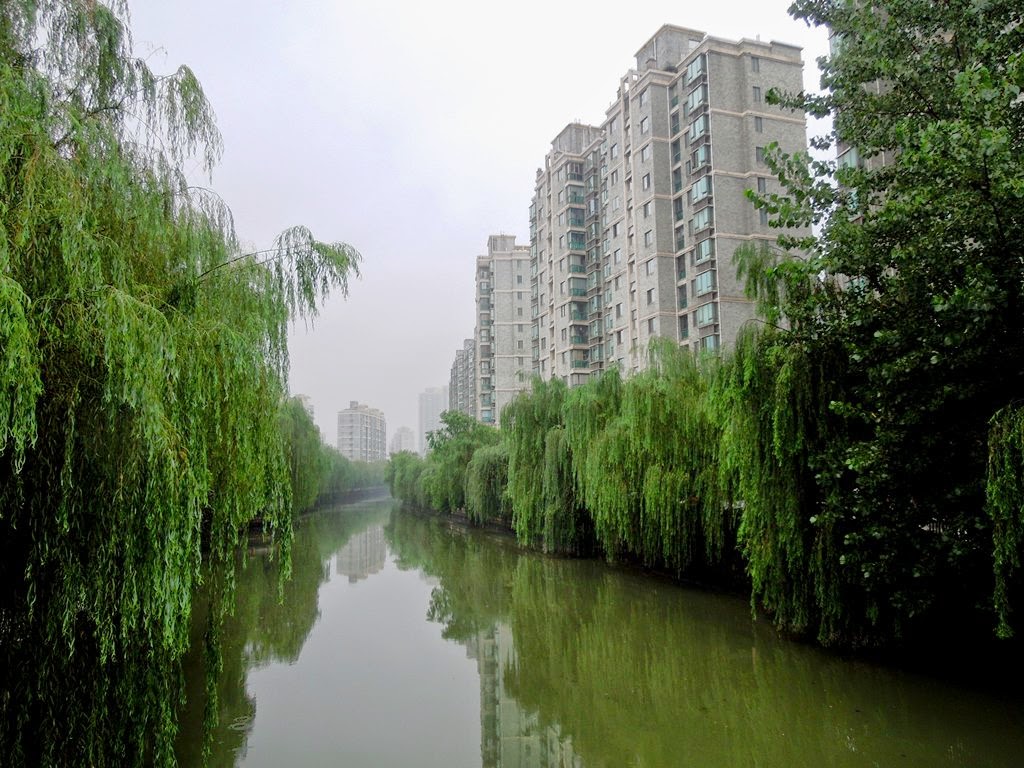 Shanghai is crisscrossed by a number of canals, such of which still see a lot of barge traffic. It goes without saying that you wouldn't want to go fishing or swimming in any of them. 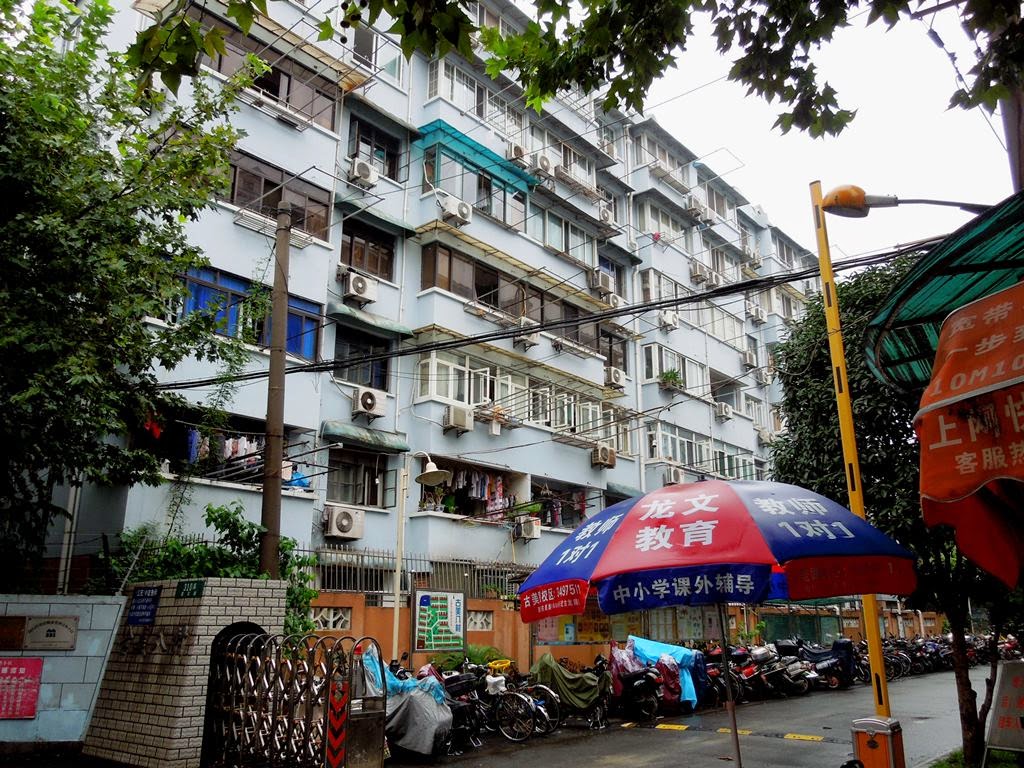 A "model quarter", according to a plaque on the wall out front. Shanghai is a remarkably safe city considering its size, but the presence of guards out front and barbed wire on the tops of surrounding walls is evidence of the fact that the threat of property crime is a real one. 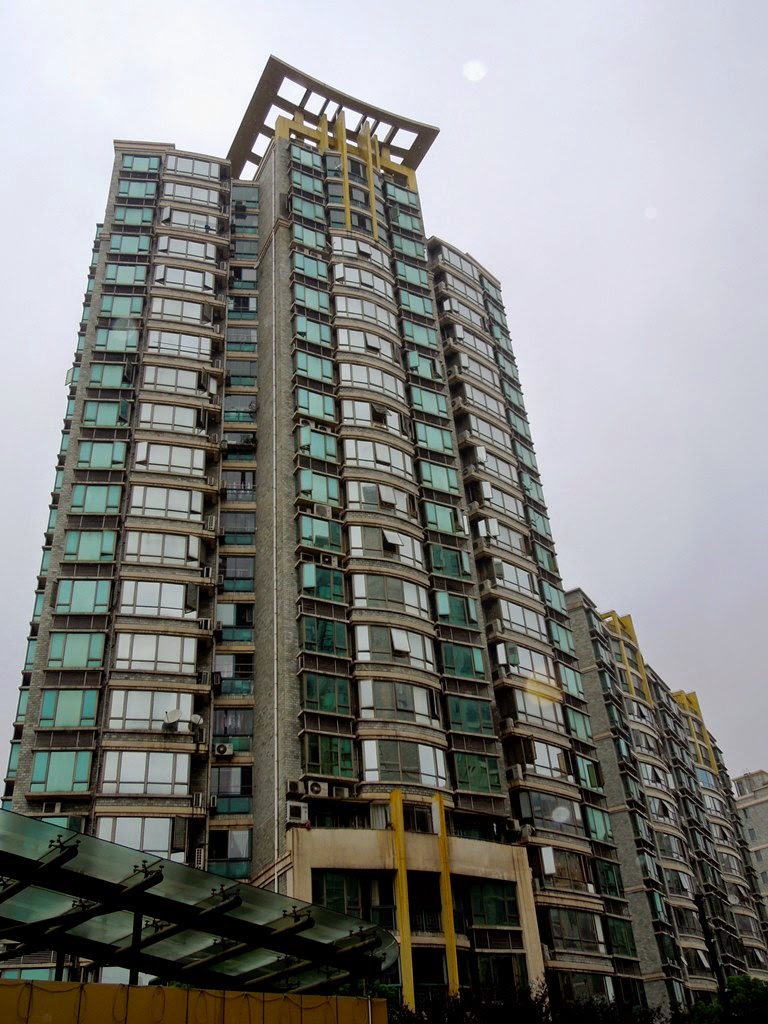 Newer developments like this one are springing up all over the city.