Depending on which part of the Western world you hail from, today is Veterans Day, Armistice Day or Remembrance Day. Which explains why there seemed to be a lot of expats dressed in casual clothes walking around the neighborhood this Tuesday morning and afternoon. While my daughter went to school as usual today, and my wife as usual decided to spend the remaining time we have here in Shànghăi 上海 by staying indoors on a beautifully blue late autumn day, I went off in search of the city's Jewish experience. The international settlement that made Shanghai what it is today was shaped to a great extent by Sephardic Jewish families such as the Kadoories and the Sassoons. But Shanghai also served as a place of refuge for thousands of Jews escaping the horrors of Nazi persecution in the years leading up to the Second World War. Being stateless, these people were forced to live in an area known as "Little Vienna", located in the city's Hóngkŏu District 虹口区. Life wasn't easy, but they were relatively safe, and virtually all of them left Shanghai after the war for new lives in places like Australia, Israel and the United States. Today the former Ohel Moishe Synagogue (built in 1927) houses the excellent Shanghai Jewish Refugees Museum, which I visited on this eleventh day of the eleventh month (though it was past the eleventh hour when I got there): 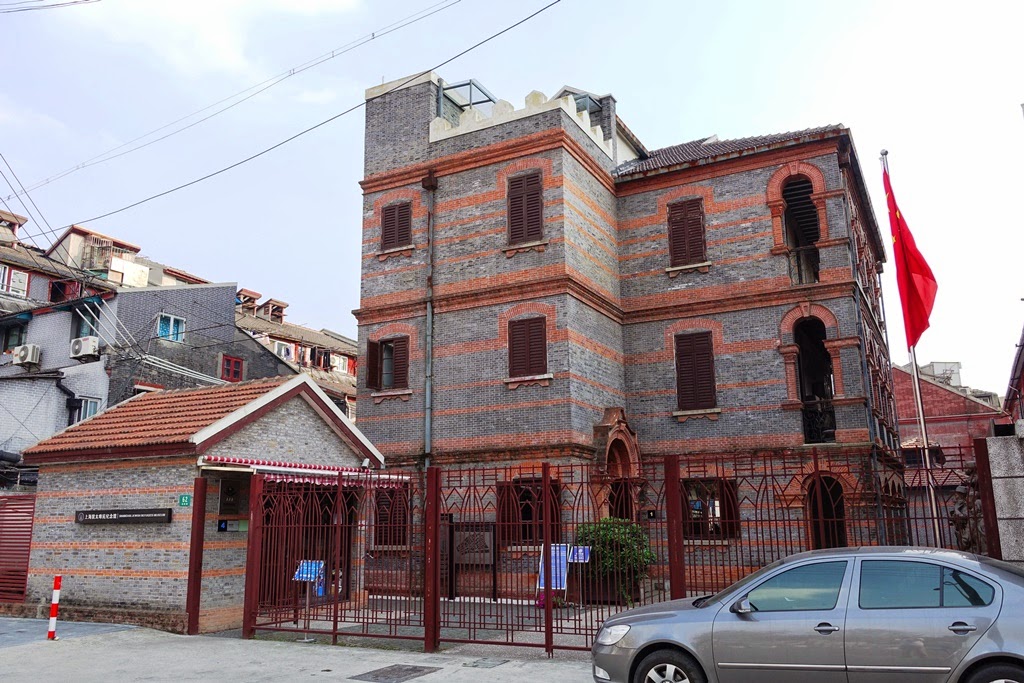 The old synagogue still exists on the first floor: 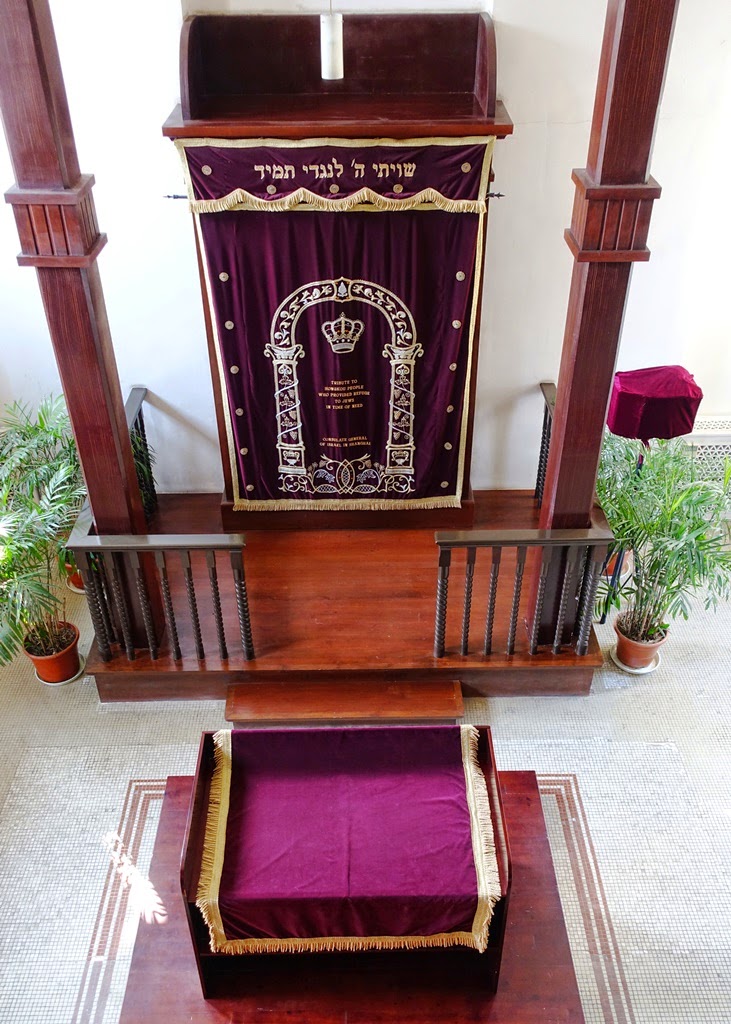 Upstairs is an exhibit on the Auschwitz concentration camp: 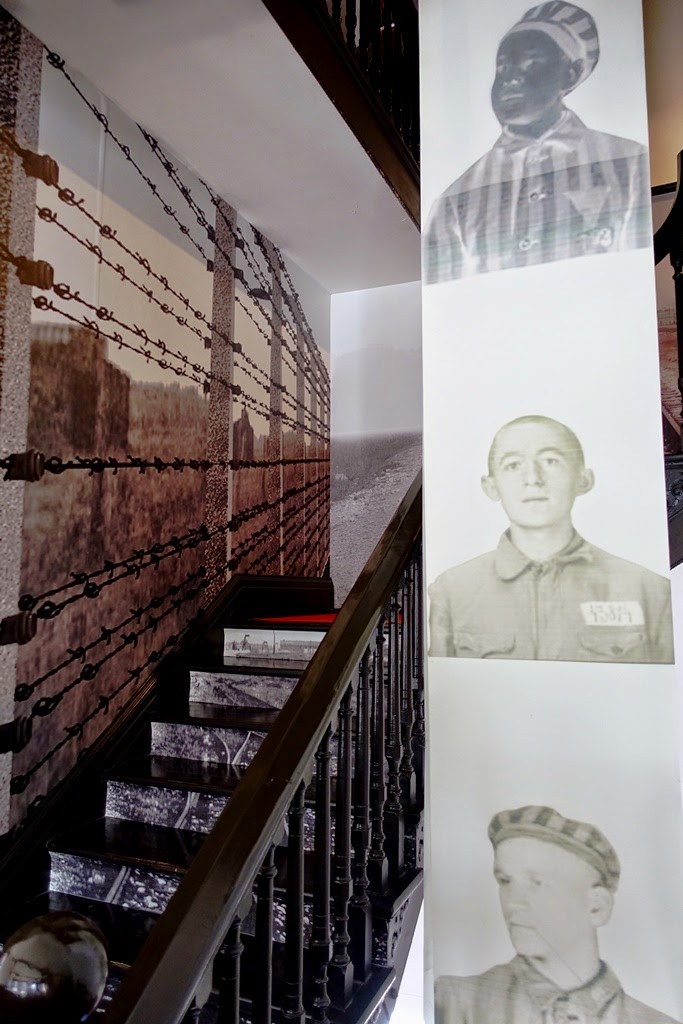 The temptation to take a swipe at the Japanese apparently proved too hard to resist (see the fourth paragraph), but the irony is that those words could just as easily be describing China: 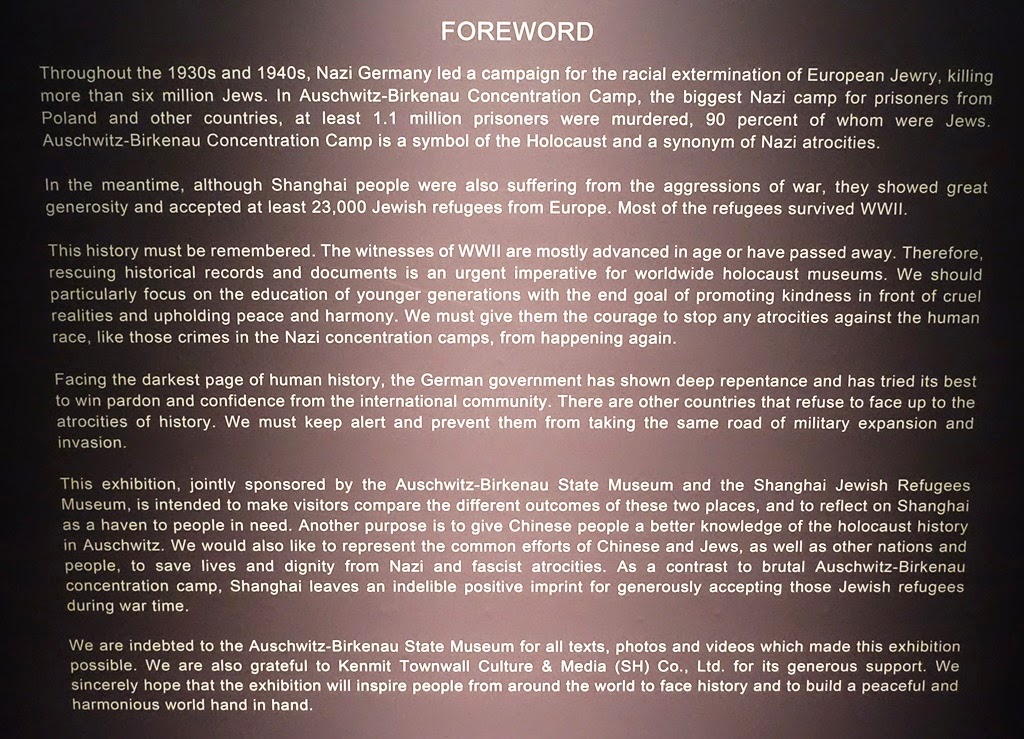 The displays were brief but succinct, and I'm glad I didn't take Amber with me. At some point in time she'll need to learn about the Holocaust, but not just yet: 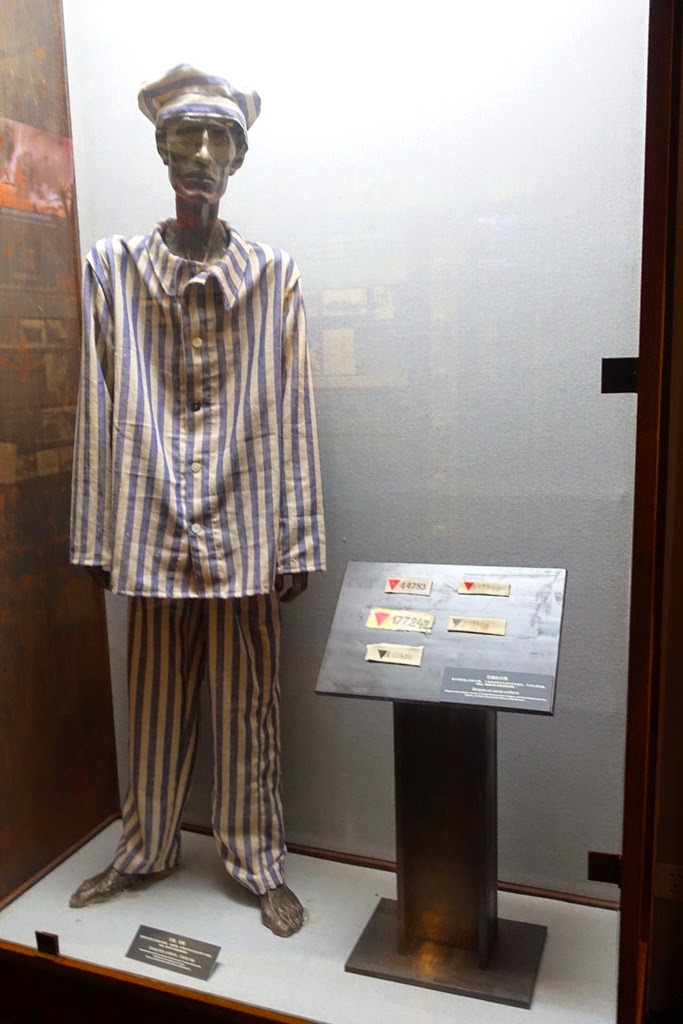 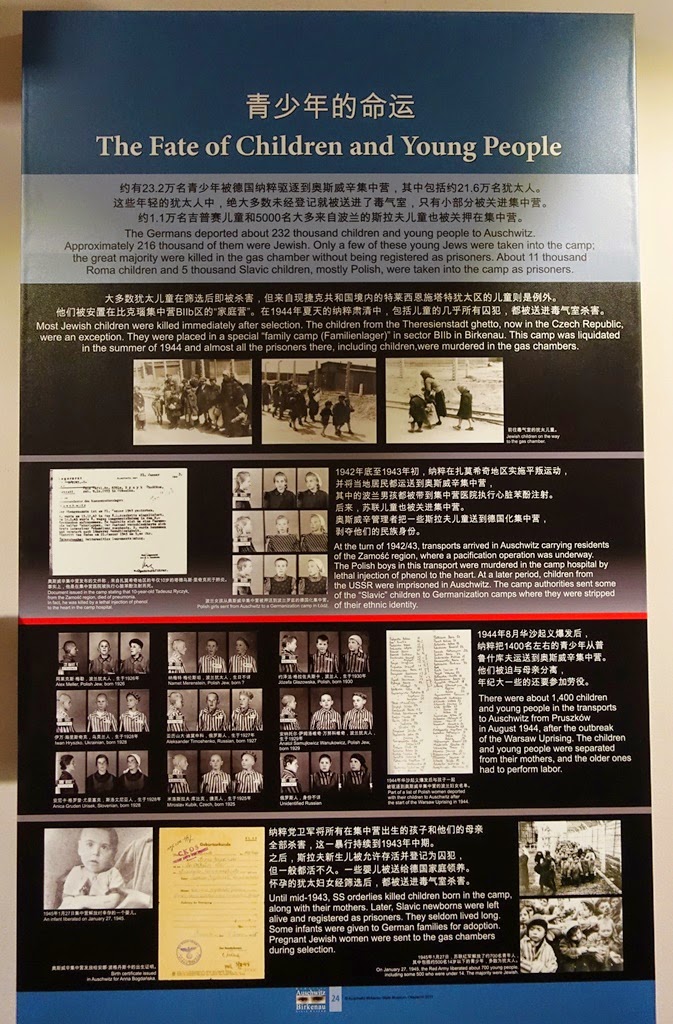 The courtyard behind the main building, where there were photos of Little Vienna: 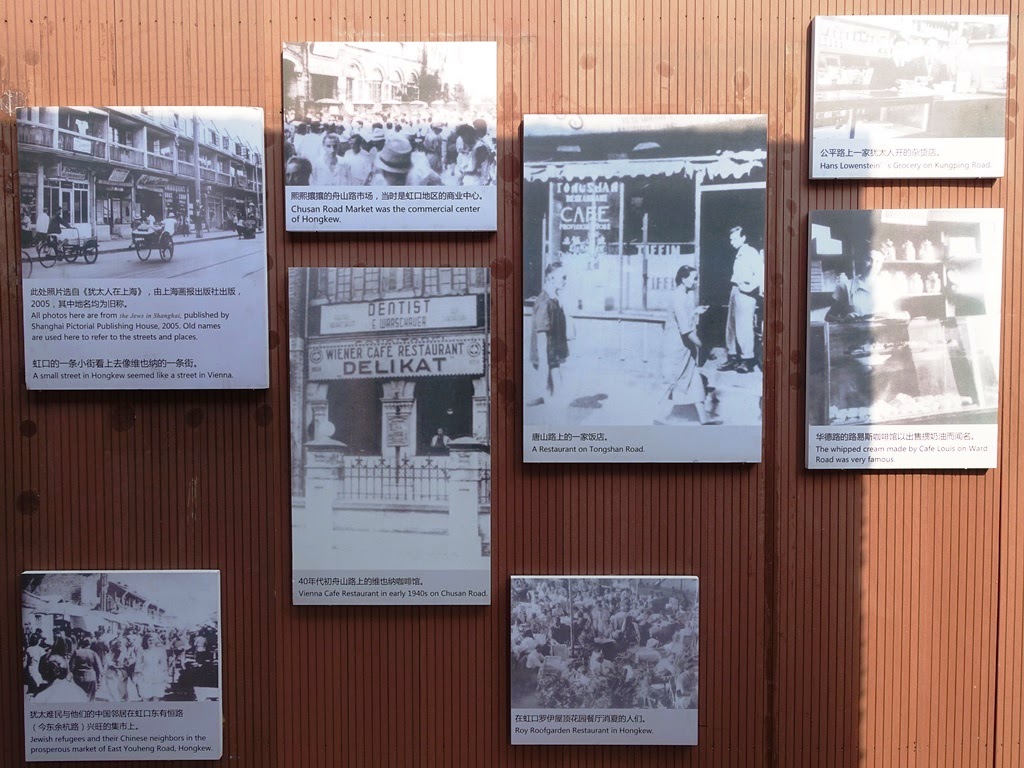 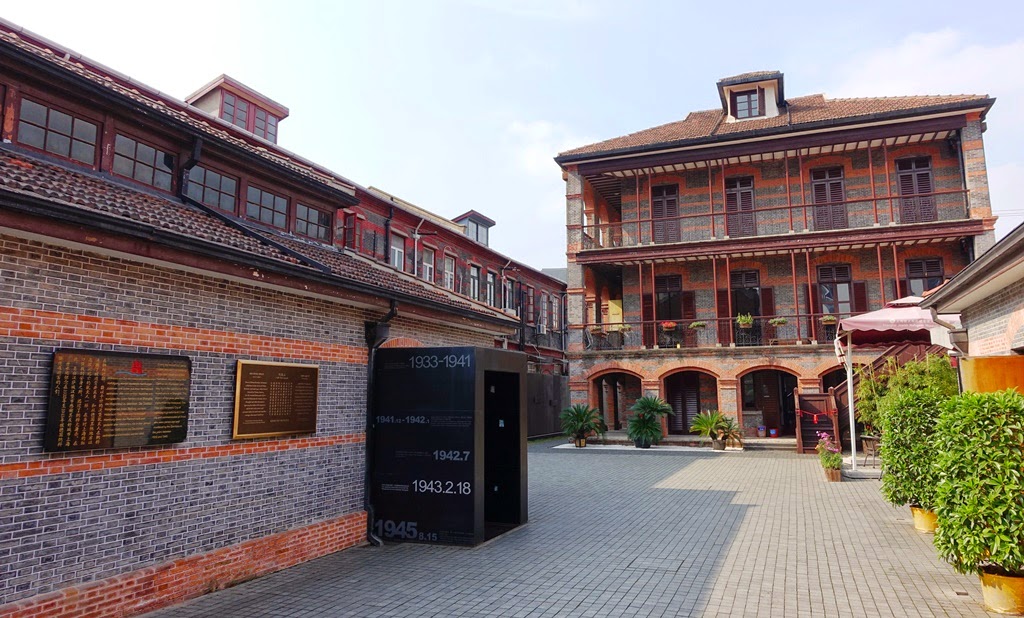 One building contained photographs and possessions of people who'd lived in Shanghai from the mid-Thirties to the end of the war, as well as personal testimonials of how they escaped from Europe: 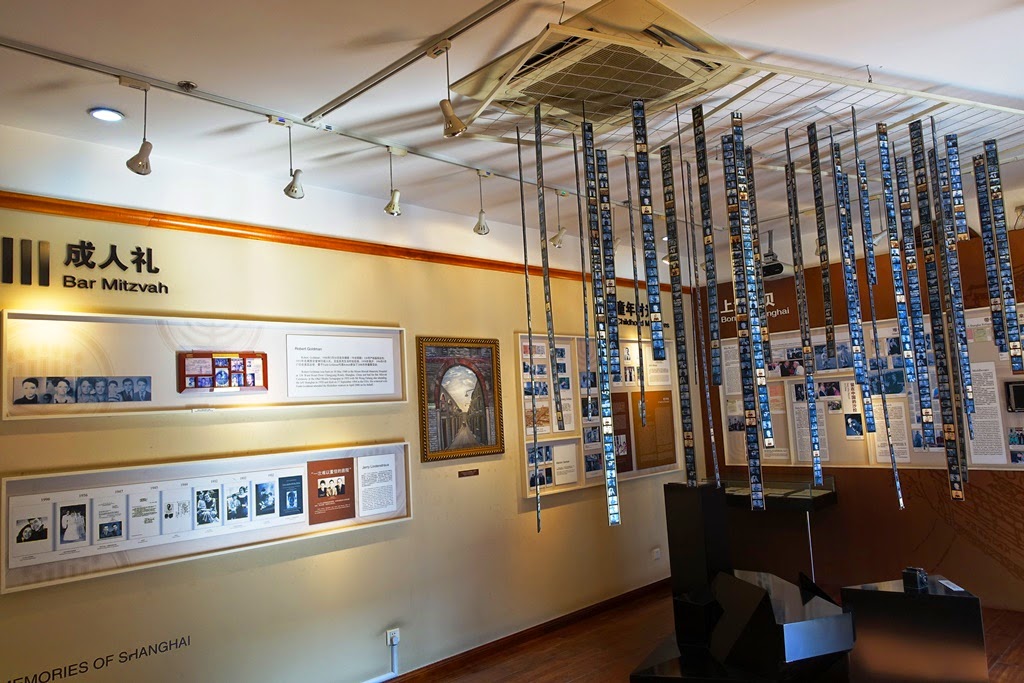 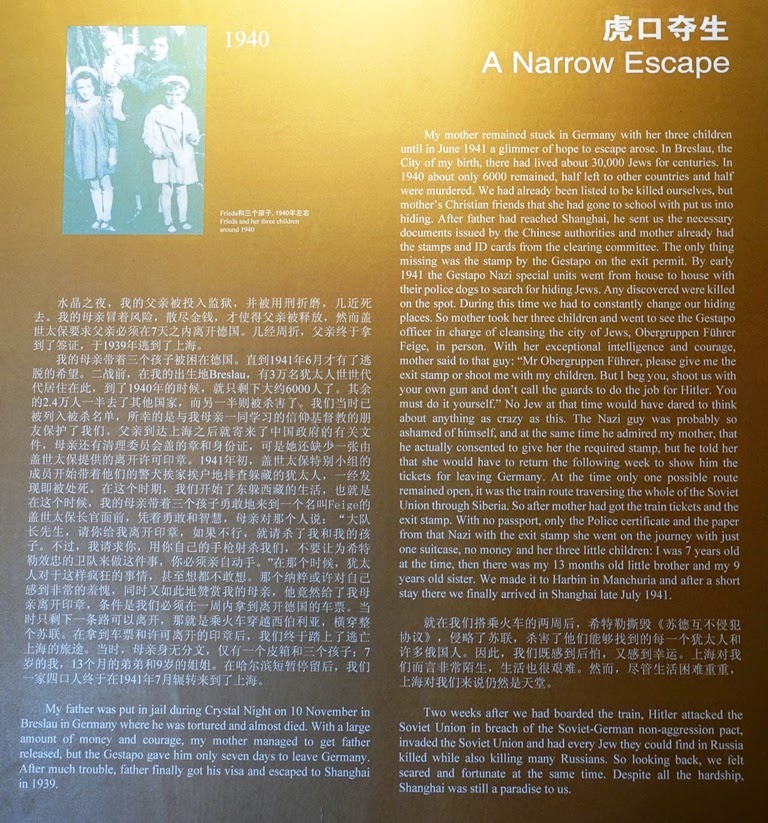 Inside another building, captioned photographs provided a brief chronological progression of how the refugees came to Shanghai, their life in the ghetto and their eventual departure from the city: 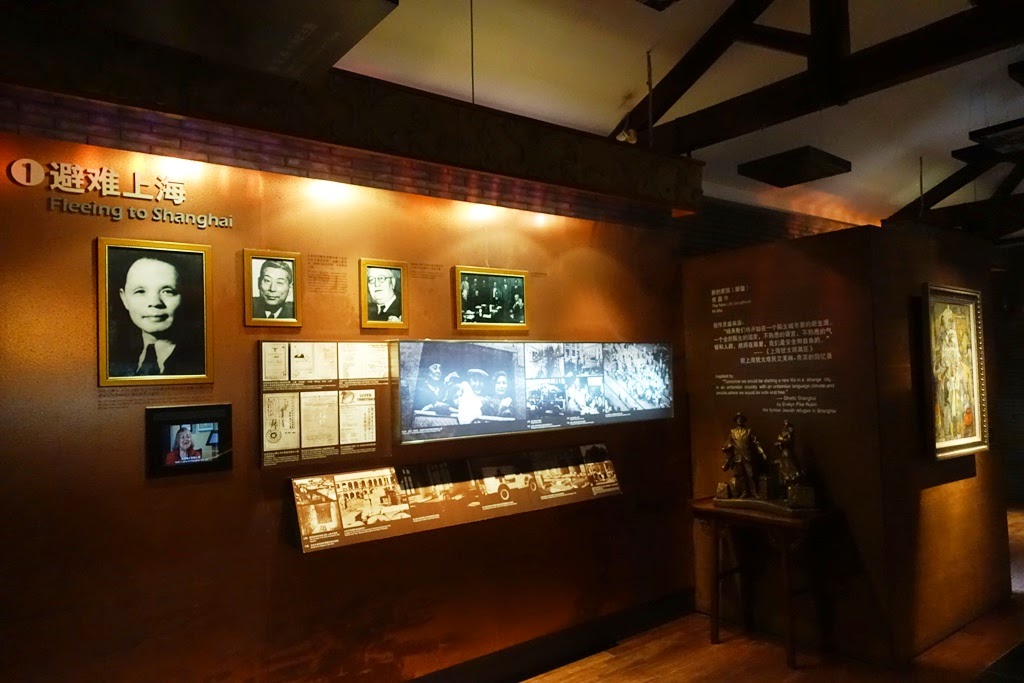 A plaque honoring Ho Feng-Shan (Hé Fèngshān) 何风山, a Chinese diplomat based in Vienna during World War II who risked his career by issuing visas to more than a thousand Jews, enabling them to flee to Shanghai: 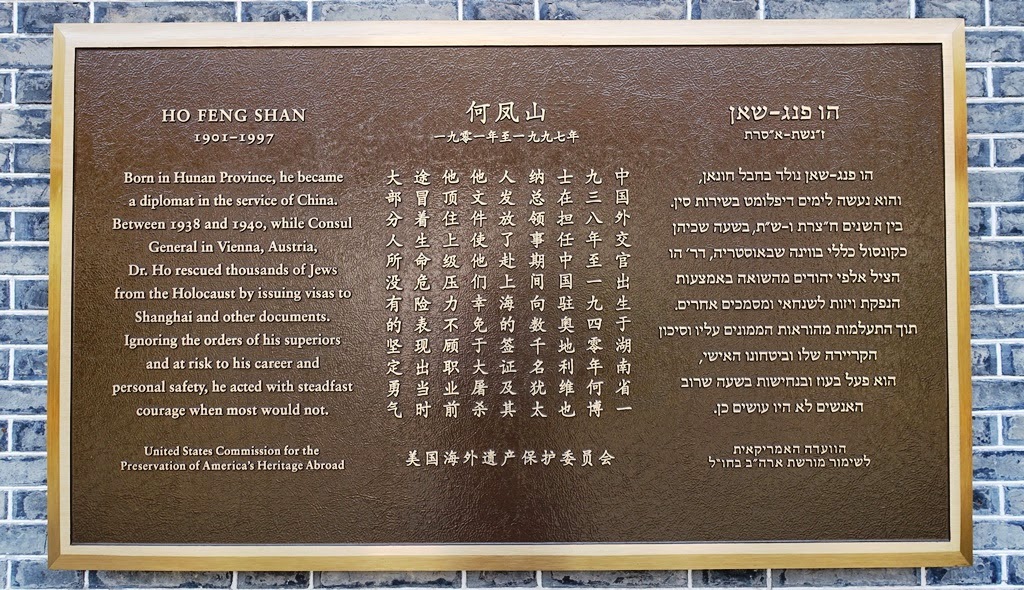 Mention is also made of Chiune Sugihara 杉原千畝, a Japanese diplomat working out of Lithuania, who issued more than 6000 transit visas to Jewish refugees so that they could travel to Japan, some of whom made their way to Shanghai. Ho and Sugihara were both awarded the title "Righteous among the Nations": 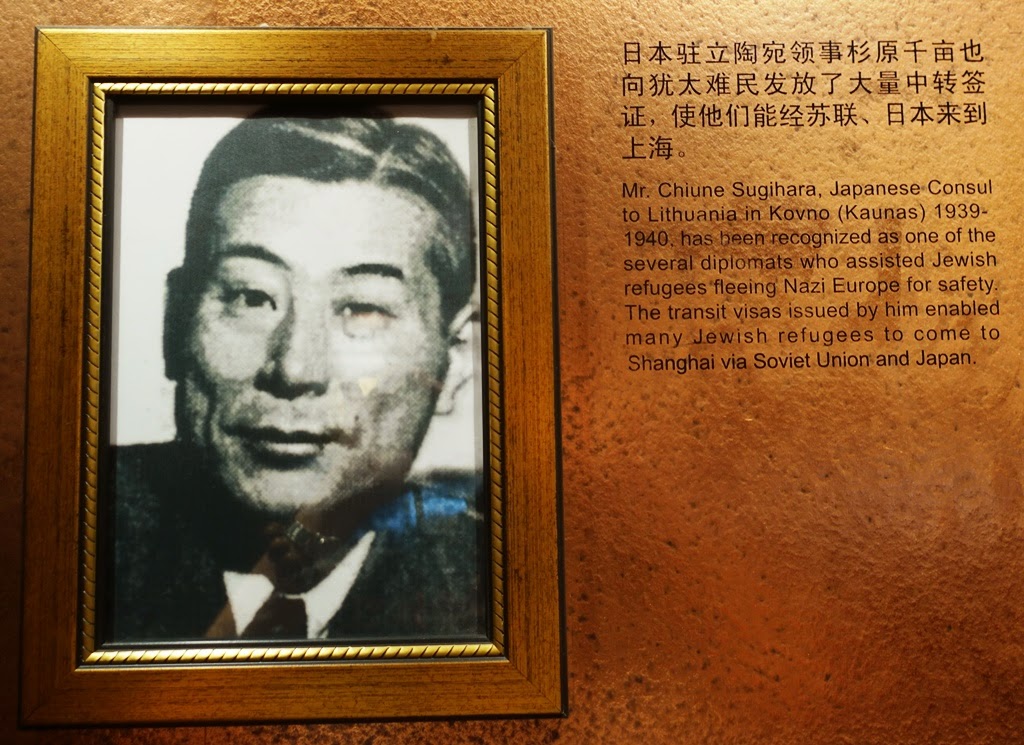 The Japanese governor of the Shanghai Ghetto is presented in a less flattering manner, though to his credit he never handed the Jews over to the Nazis, despite the demands of his German allies: 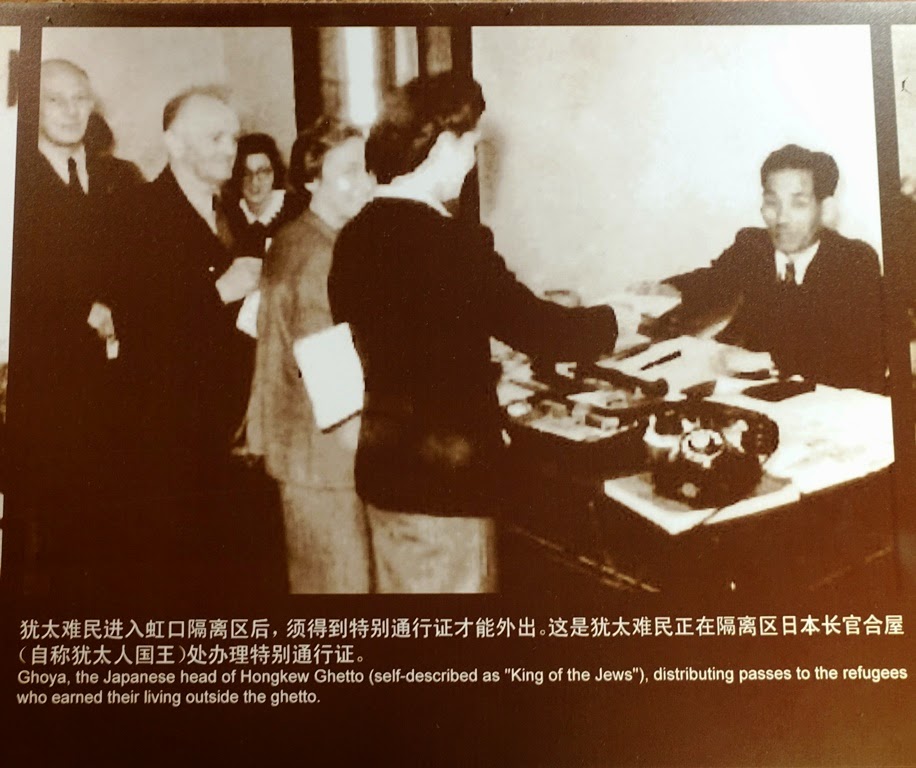 Words to ponder from Elie Wiesel: 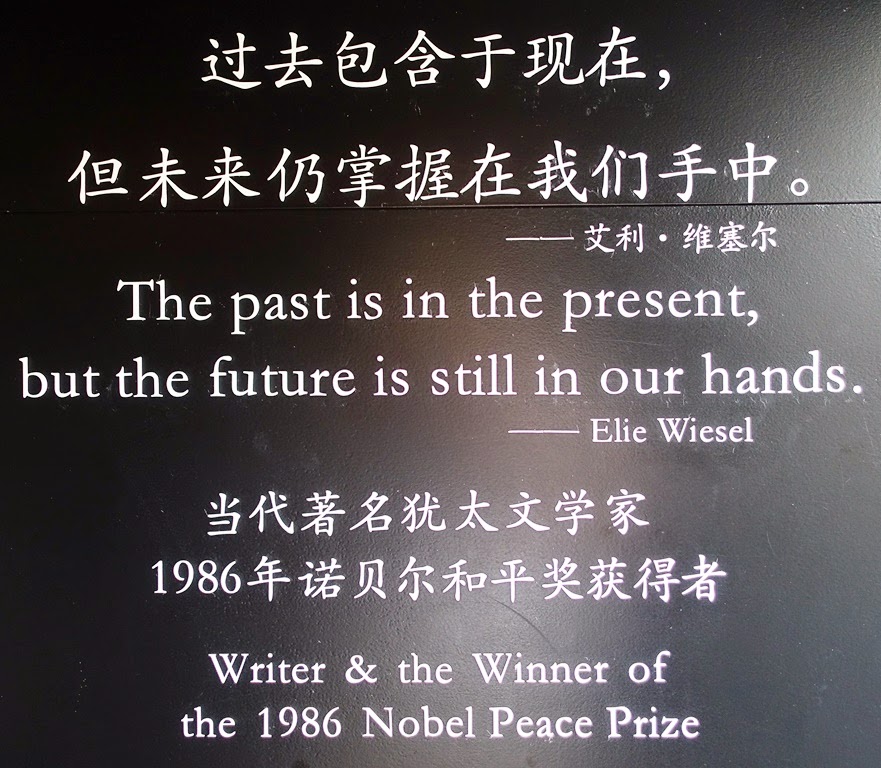 English language tours are included in the admission ticket, but as they are conducted every 45 minutes, I didn't time my visit in order to take advantage of one. Still, the Shanghai Jewish Refugees Museum is a moving account of a fascinating episode from Shanghai's recent history. It's also a good introduction to one of the older neighborhoods in the city: 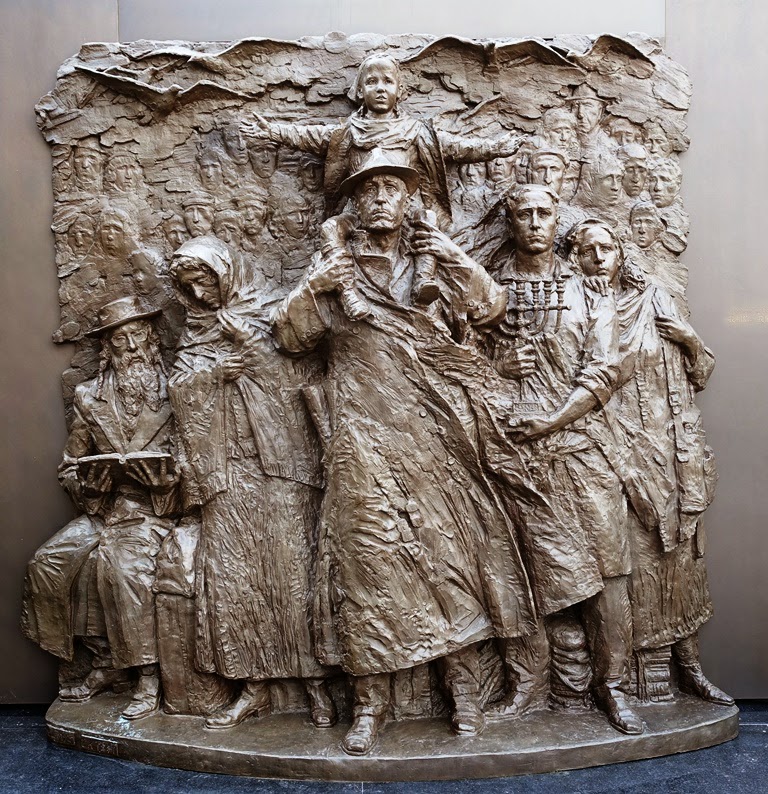 Wall displays across the road from the museum inform passersby of the history that took place around them: 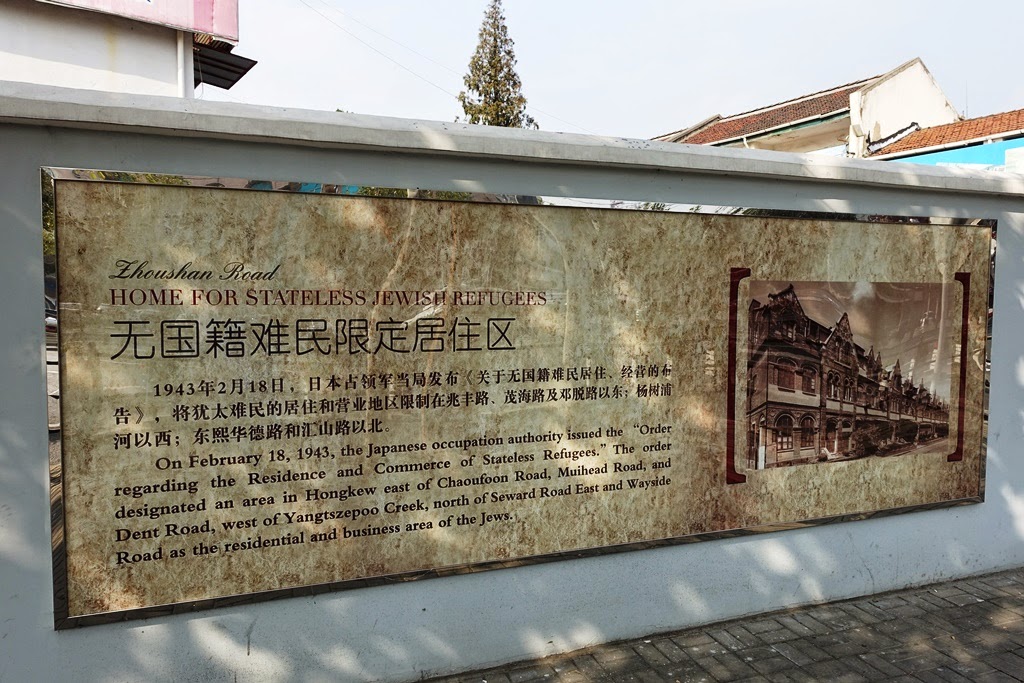 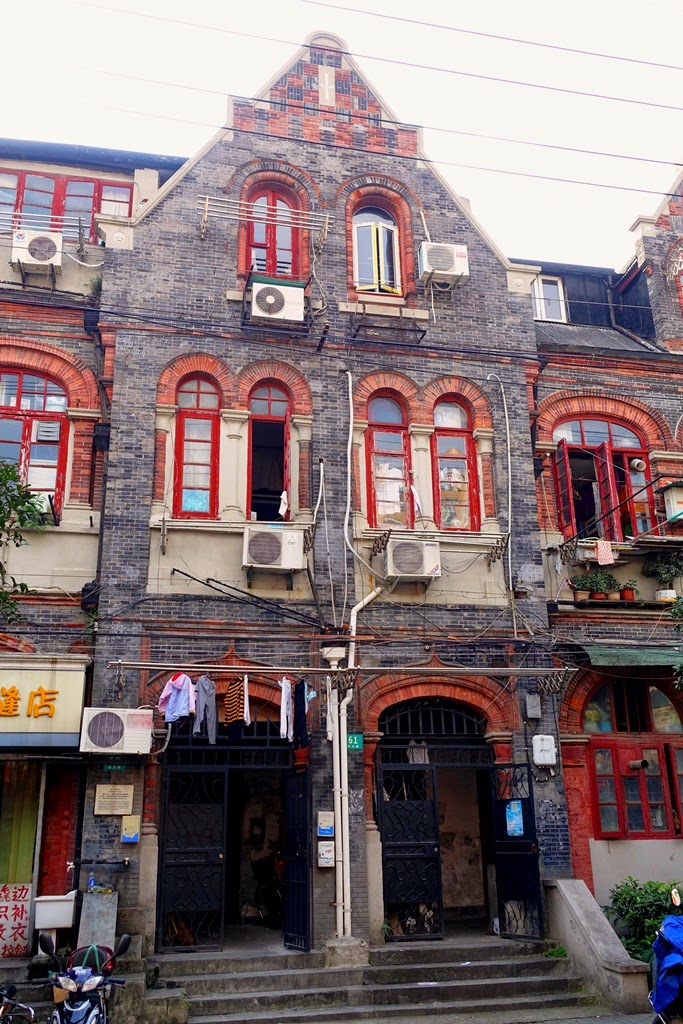 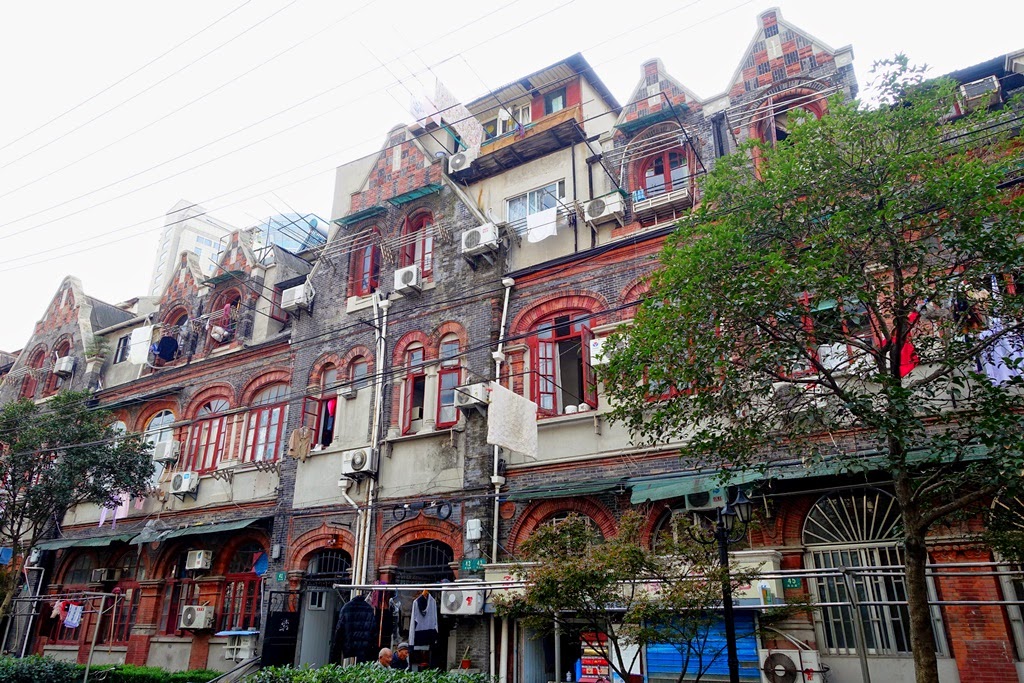 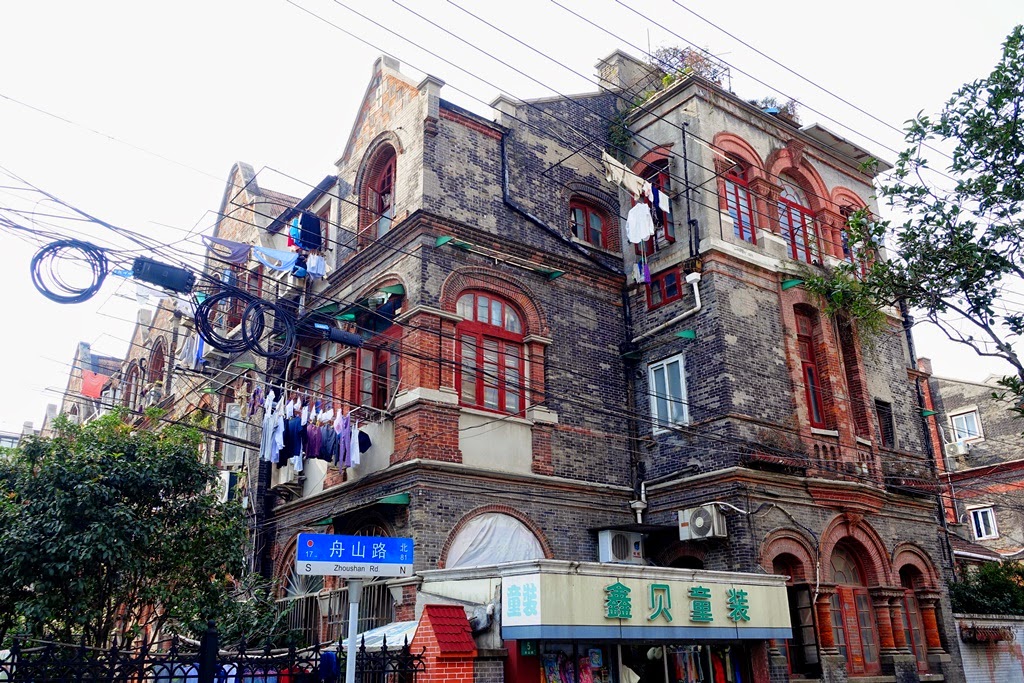 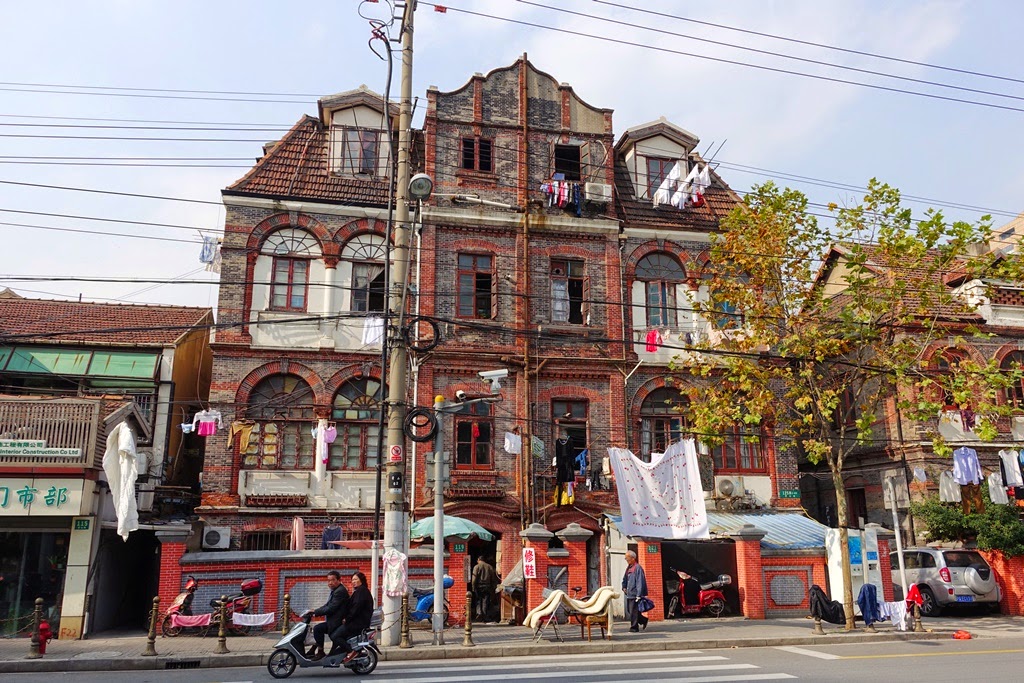 A memorial plaque stands in Huoshan Park 霍山公园, where a pair of middle-aged Chinese stopped to see and read what I was taking a picture of: 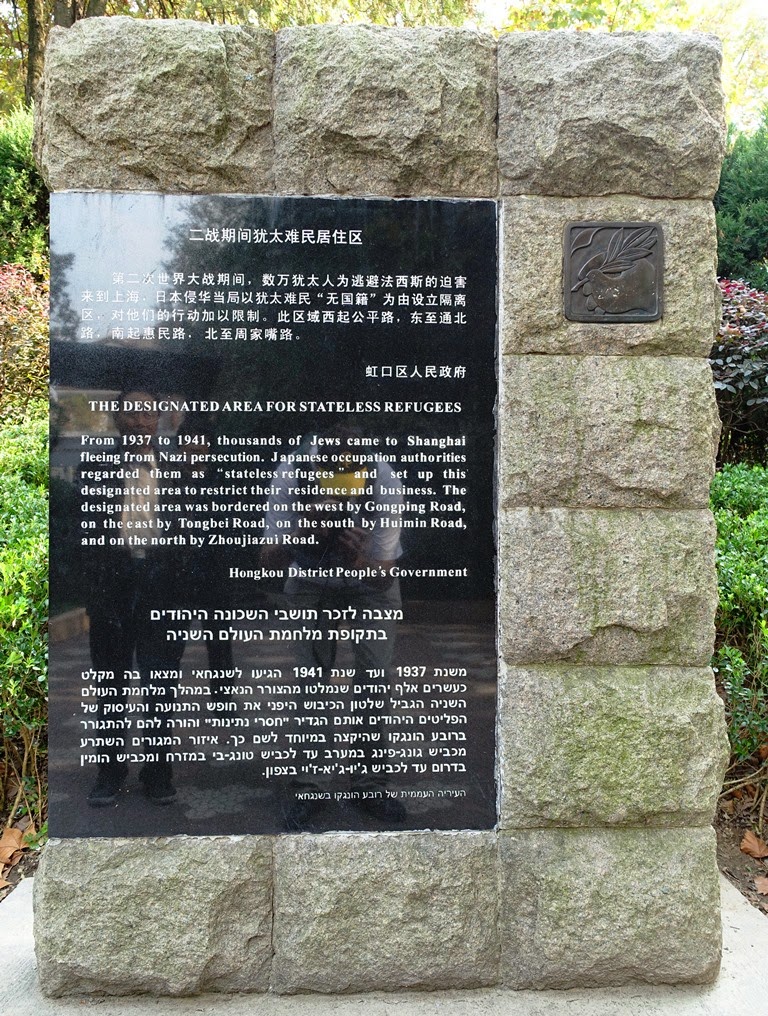