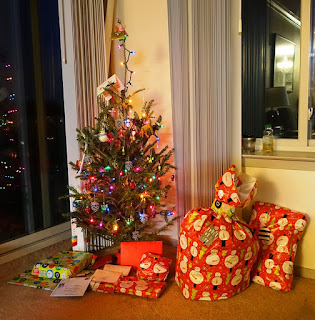 Having ourselves a modest little Christmas

As the year draws to a close, it's time to step back and look at how things have transpired over the past fifty-two weeks. And all things considered, it hasn't been a bad year. We ended a successful and enjoyable two-year tour in Shanghai and returned to the familiar confines of Falls Church via Bremerton, Washington. During the year I was able to witness several volcanic eruptions up close (on Sakurajima 桜島 in Kagoshima 鹿児島 during the Lunar New Year), and realized two long-held travel ambitions: to finally visit Thailand (which we did in June) and to drive across the U.S. (accomplished at the end of August and into early September, taking in Yellowstone National Park, Mt. Rushmore, a Cubs game at Wrigley Field and Frank Lloyd Wright's Fallingwater en route). Most importantly, everyone here is in good health, and hopefully will remain so for a long time to come (knock on wood). Sure, there was the unpleasant surprise of having been unceremoniously pulled out of Lithuanian and placed instead in Russian, a language I never had an interest in learning and have struggled to master on a basic level since Labor Day. Still, I have made progress and am probably where I should be at this point in my studies, so I'm confident I'll eventually pass the final hurdle obstacle exam, and move to Vilnius as scheduled in early May of next year.

Lithuania may have been part of the Soviet Union, but culturally it isn't Russian. Which is why I chose not to take part in the Christmas festivities organized by the Russian section last Friday. Instead, after a morning of listening to how form sentences in Russian using the present progressive tense, I rode the shuttle to the main State Department building, then took a walk along part of the Mall, passing the World War II Memorial and the Washington Monument, to the Freer Gallery of Art, next to the Smithsonian Castle. The Freer and the adjoining Arthur M. Sackler galleries house an impressive collection of Asian art, and I've visited several times. However, the Freer Gallery will be closed for renovations from January 4, and will not reopen until sometime after 2017 (the Stackler Gallery will remain open during that time, however). With time running out, last Friday afternoon seemed a good opportunity to check out the Freer's Japanese collection one last time. The current exhibitions, Bold and Beautiful: Rinpa in Japanese Art and Bold and Beautiful: Rinpa Screens, are centered around works of art from the Rinpa 琳派 school of Japanese painting. These exhibits are tied in with the ongoing Sōtatsu: Making Waves exhibition downstairs at the Stackler, which my family and I visited on Veterans Day. Seeing the various ceramics, paintings and screens on display (and using the time to better appreciate Sotatsu's Waves at Matsushima and Dragons and Clouds) proved to be perfect antidote to the stress that results from trying to understand how and when to use the accusative, prepositional and genitive cases. 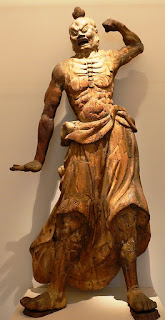 How I feel everyday after five hours of Russian classes 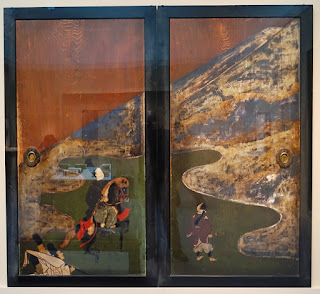 A pair of sliding door panels from the early 18th-century by Ogata Kōrin 尾形光琳, featuring a scene from The Tales of Ise 伊勢物語.

That was a week ago. Today I had Christmas Eve off, thanks to a presidential proclamation. Well, technically, only a half-day free, but the Russian section didn't schedule any classes this morning, so there wasn't any point to going into FSI. Instead, I used the opportunity to ходить в природе, "walk in nature". I couldn't have picked a more opportune day for doing so. This winter has been unseasonably warm, and today was a record-breaker, the warmest December 24 ever recorded in the Washington, D.C. area, with temperatures in the low 70's (normally they would be in the mid-40's). Jim Inhofe has been strangely silent this season.

So I left the apartment early this morning (with the girls still asleep) and drove to Black Hill Regional Park, located forty minutes from Falls Church in Boyds, Maryland. It was an easy walk in the park, covering 6.8 miles (10.9 kilometers) in 2½ hours. Black Hill is noted for its meadows which attract hundreds of monarch butterflies during their semiannual migrations in April and September. The butterflies have long since moved on, and the leaves have fallen from the trees, but the park is still starkly beautiful. It felt great being outdoors today:

The park surrounds the 500-acre (202 hectares) Little Seneca Lake. The view from the back porch of visitor center. 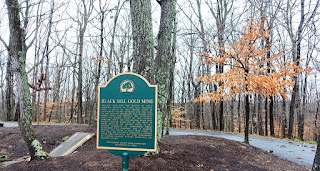 The mineshaft from an 1850's gold mine 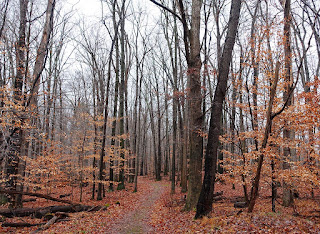 On the Black Hill Trail 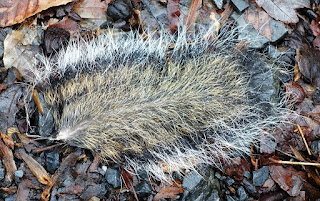 The only animals seen today were crows, geese and squirrels, but something else left this behind on the trail. 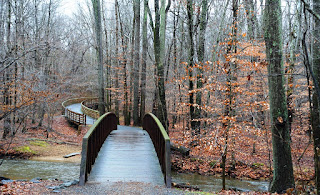 A bridge over Little Seneca Creek

The remains of a water mill, dating back to 1810. This one pressed flax seed in the production of linseed oil before it closed in 1895. 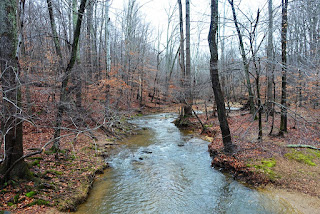 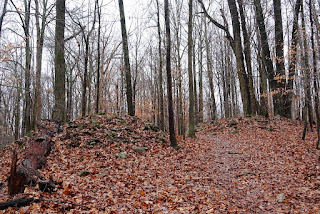 No explanation is given for these stone ruins 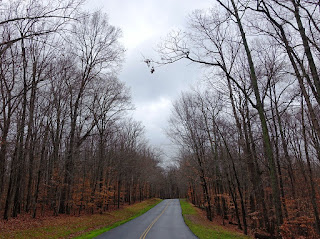 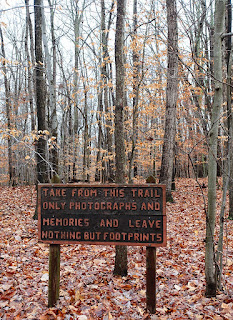 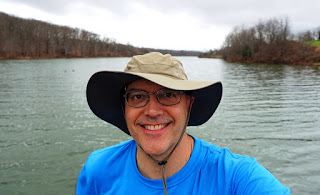 Pausing by the lake 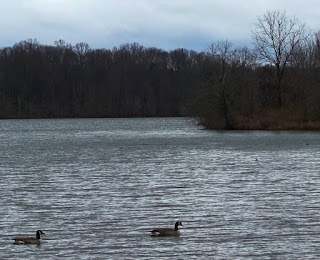 A pair of geese enjoy the warm weather 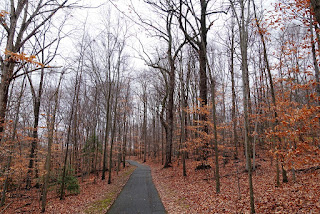 The last section of the trail becomes asphalt 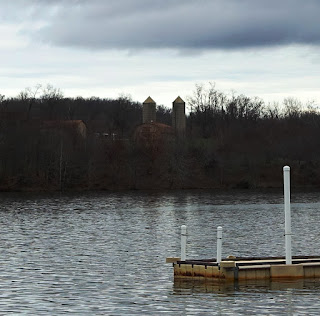 A farm across the water 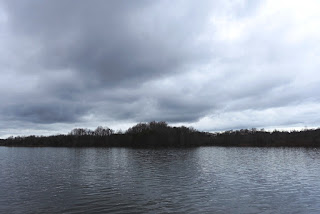 I'll be taking the next week off, a much-needed break from Russian, though I do intend to set aside time for review each day. As my break begins, I wish all of you and your families the happiest of holidays this season!