With Christmas just five days away, this morning saw my daughter engage in intense negotiations with a representative from the North Pole. Amber assured Father Christmas that she had been, and will continue to be, "good", while Santa Claus pledged to seriously consider her request for a certain present. Both parties described the talks as "productive" and resolved to meet again a year from now to review progress, though some observers present at the negotiations expressed skepticism that the eight year-old girl would still believe in Old St. Nick in a year's time. 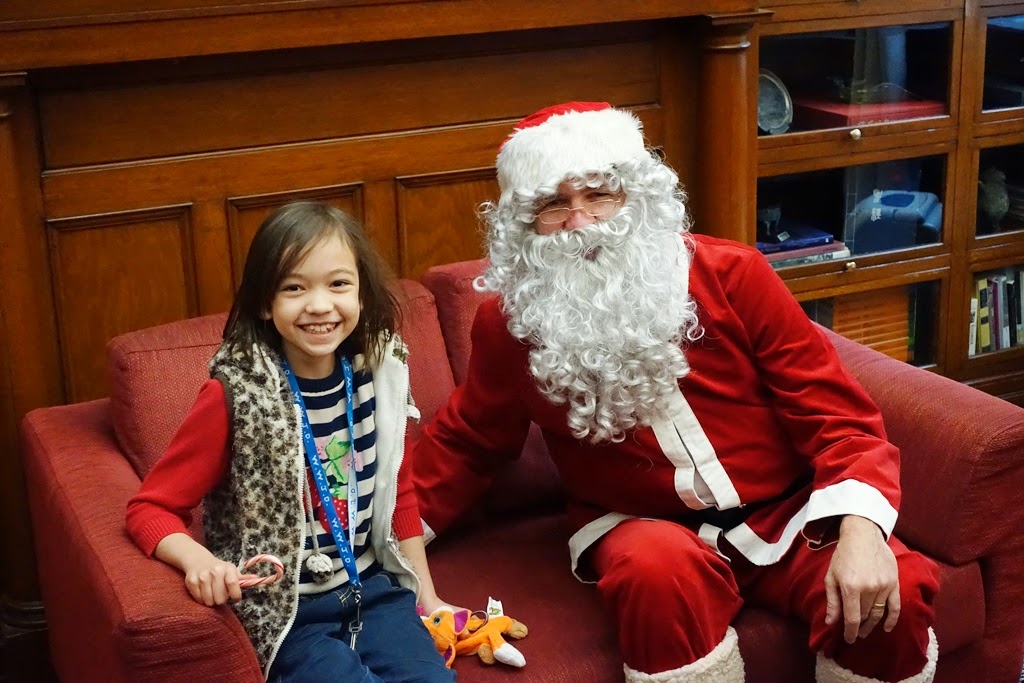 Lunch this afternoon was at the Captain Bar, located on the 6th floor of the Captain Hostel on Fúzhōu Lù 福州路, close to Shànghăi's 上海's iconic Bund 外滩. The food wasn't bad, though the prices were somewhat high (especially for mediocre beers like Tiger), but all sins were forgiven for the excellent view of Pŭdōng 浦东. 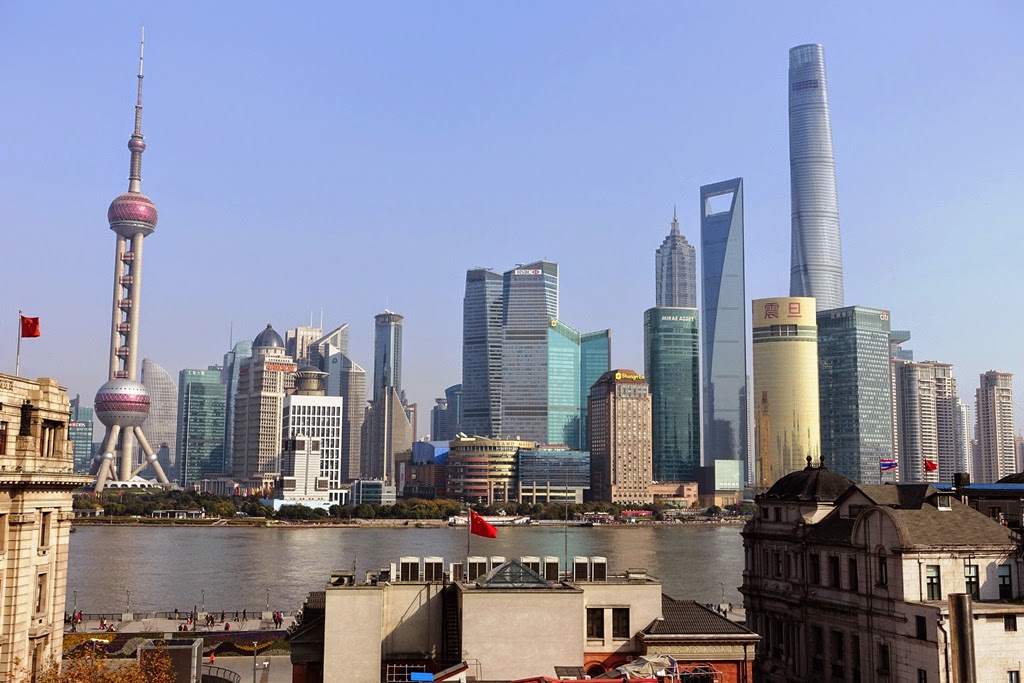 The Art Deco Hamilton House, formerly an apartment building, constructed in the 1920's. Its twin across the street, the Metropole Hotel, was covered up in scaffolding. 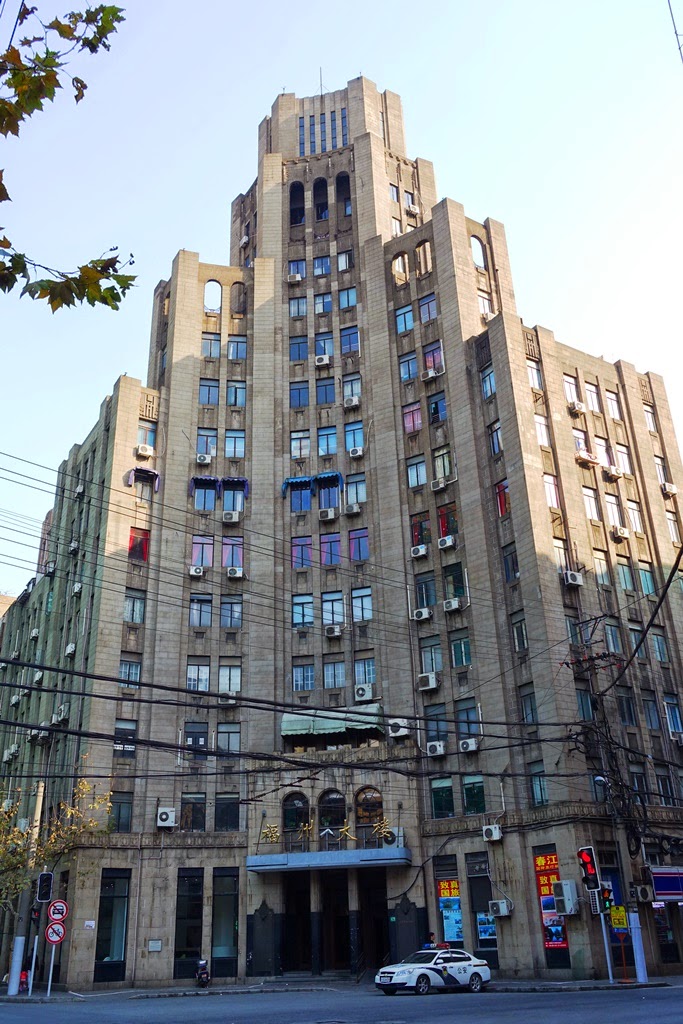 A passerby stops to check out the former American Club, built in 1924. Many of the historic buildings in Shanghai have plaques out front listing the original occupant, the year it was erected and the architectural style of its design and construction. 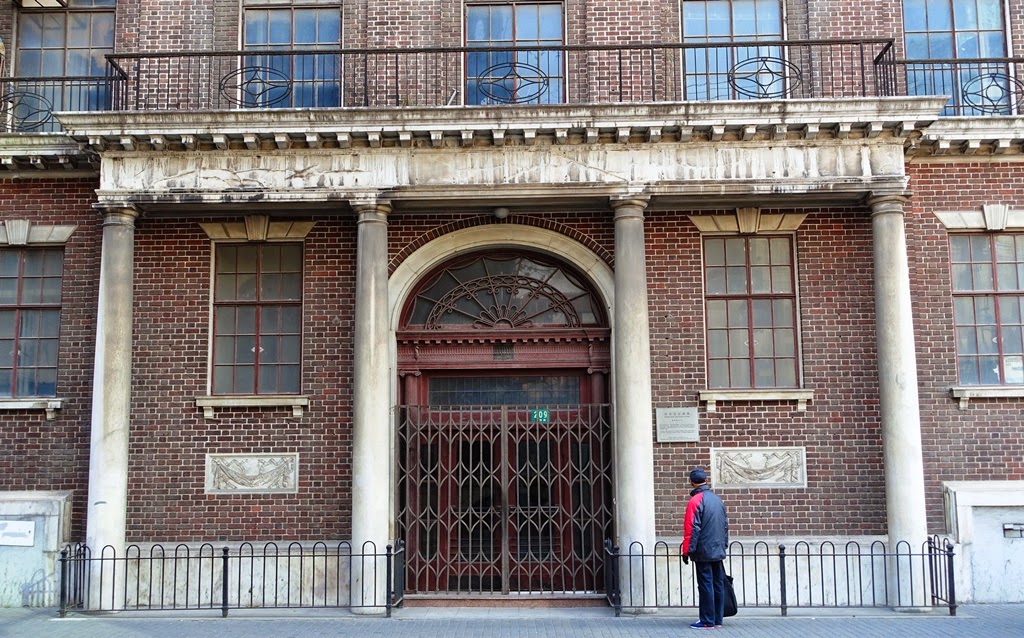 Amber poses in front of the Foreign Language Bookstore. Not one of the most imaginatively named business establishments in the city, but it is one of the best sources for English-language reading material, especially for books on China. 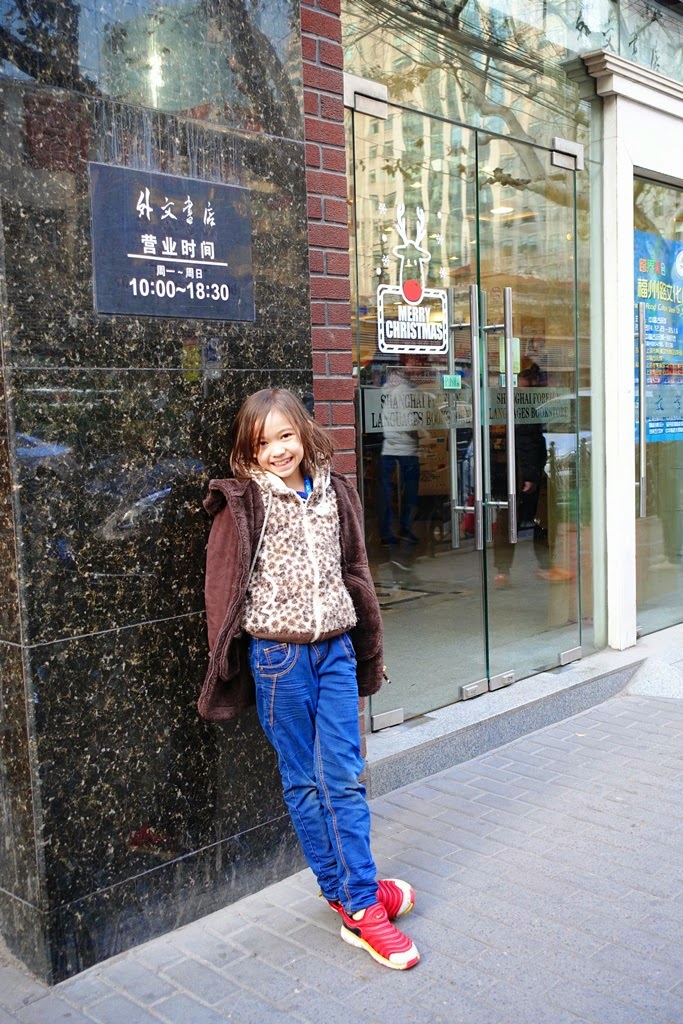 Fuzhou Lu, a street full of shops selling art supplies, books and stationery. And attracting a lot of people in the process. 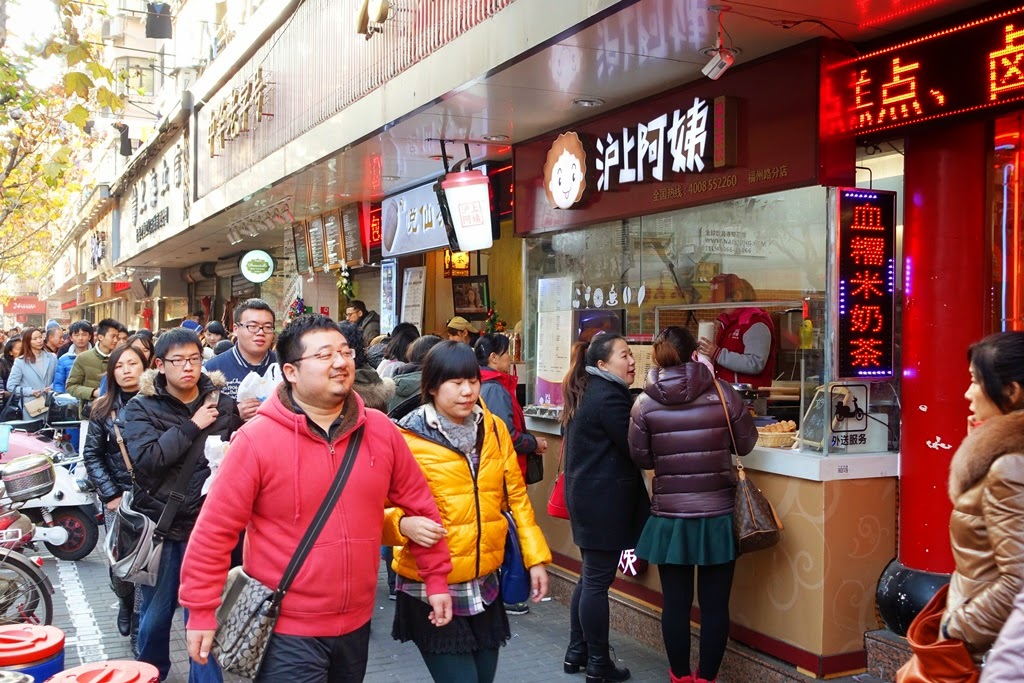 Raffles Mall 莱福士广场 , one of Shanghai's busiest (in a city bursting at the seams with shopping centers). Despite the Christmas music playing in the background and the attempts at seasonal decorations, the festive Noel air was lacking. My daughter said it was because the tree was red, not green. 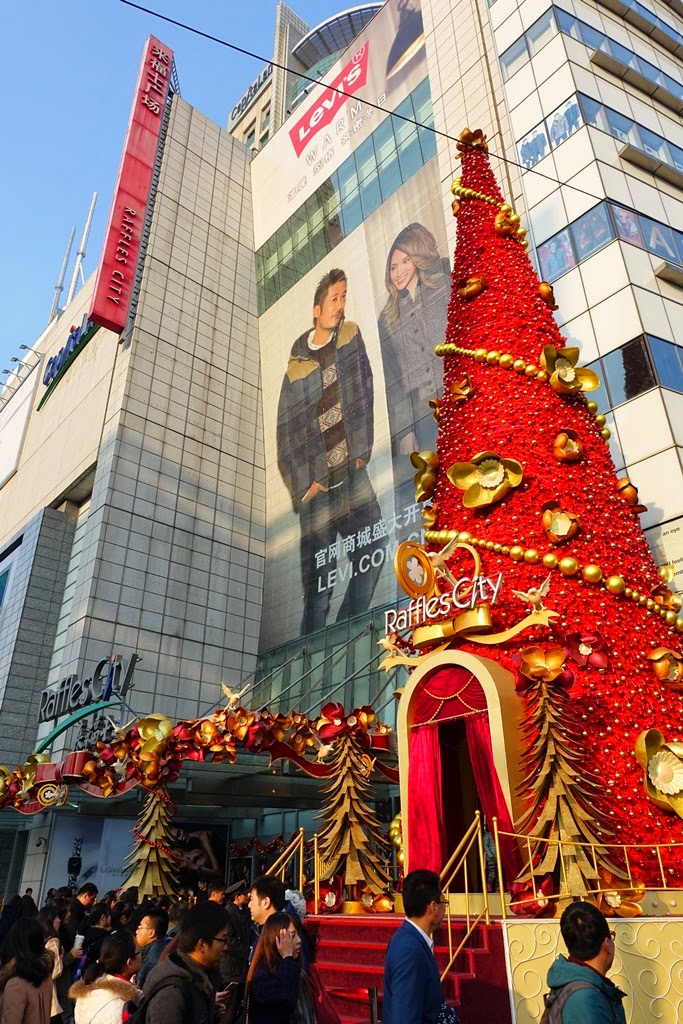 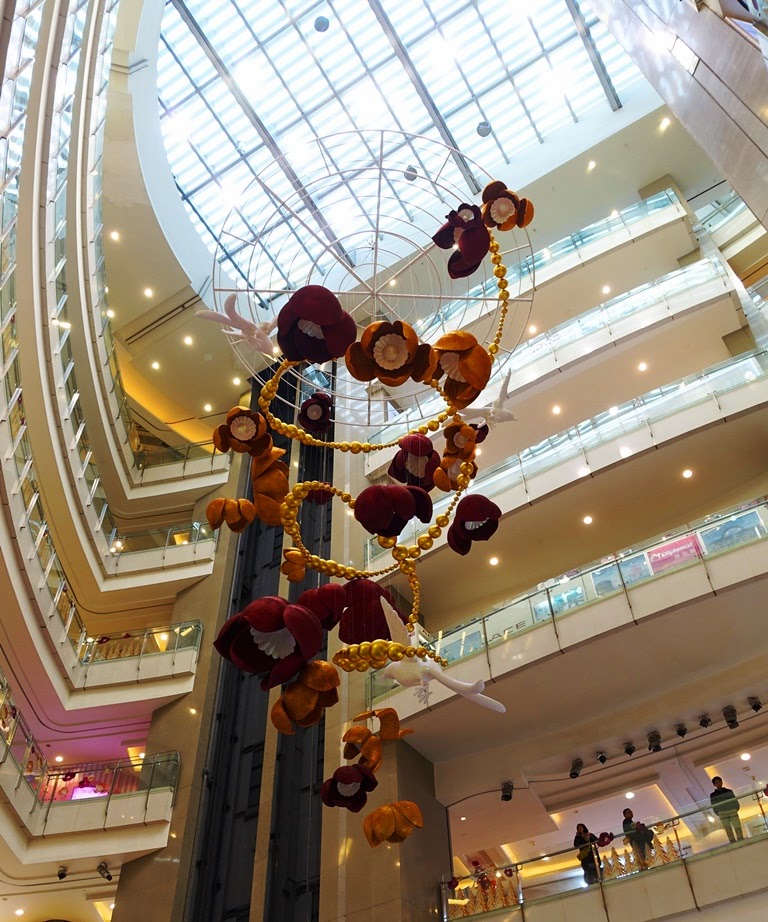 Shanghai No. 1 Department Store, another edifice whose planners didn't spend much time on naming. Once the city's most upscale shopping outlet, it still attracts Chinese visitors from out of town. My wife sneered that the fashion on offer was dated. Pamela, by the way, grew up in rural Taiwan. 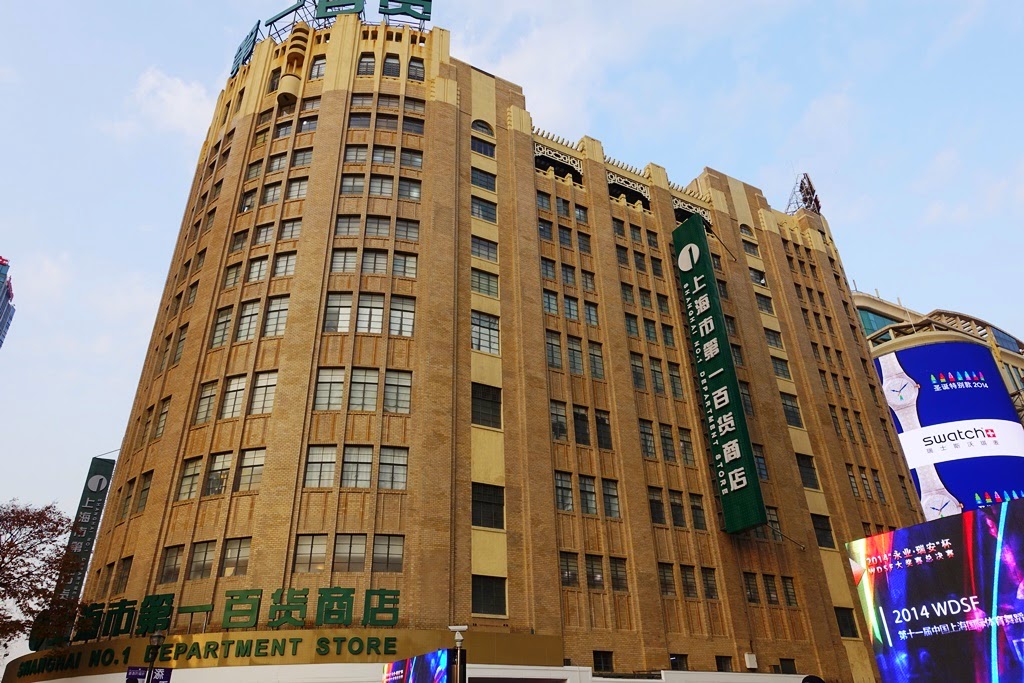 Close to the department store on Nánjīng Dōng Lù 南京东路 is Taikang Foods, the place to go if you're in the market for flattened pig heads. My wife settled instead for something labeled as "Streaky Bacon" (which, I've since been informed, is actually what normal bacon is called. Forgive my ignorance). 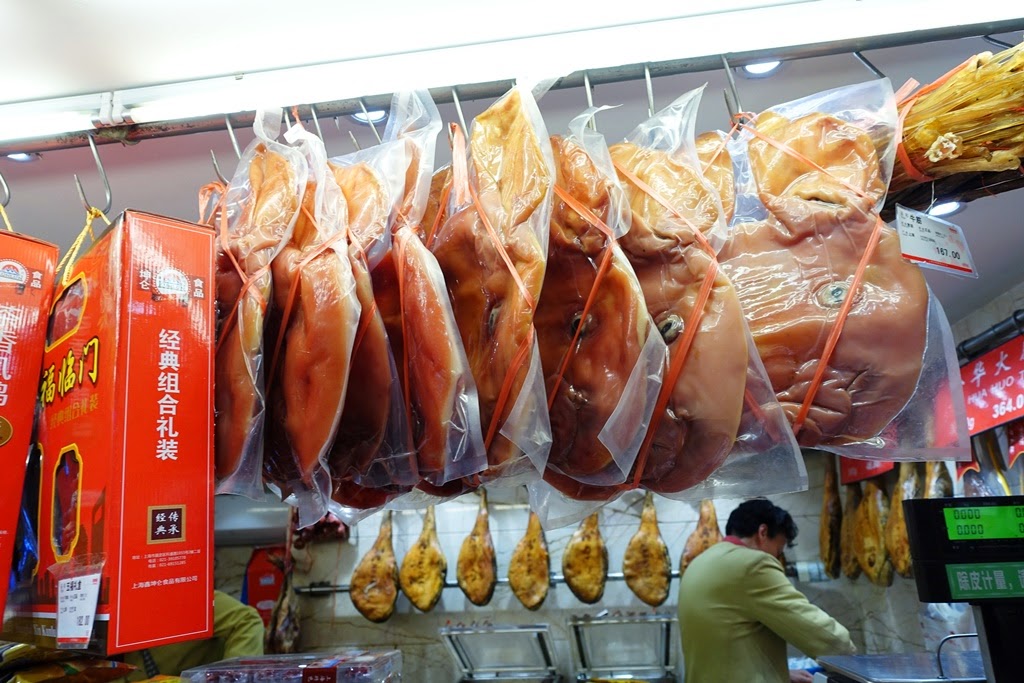 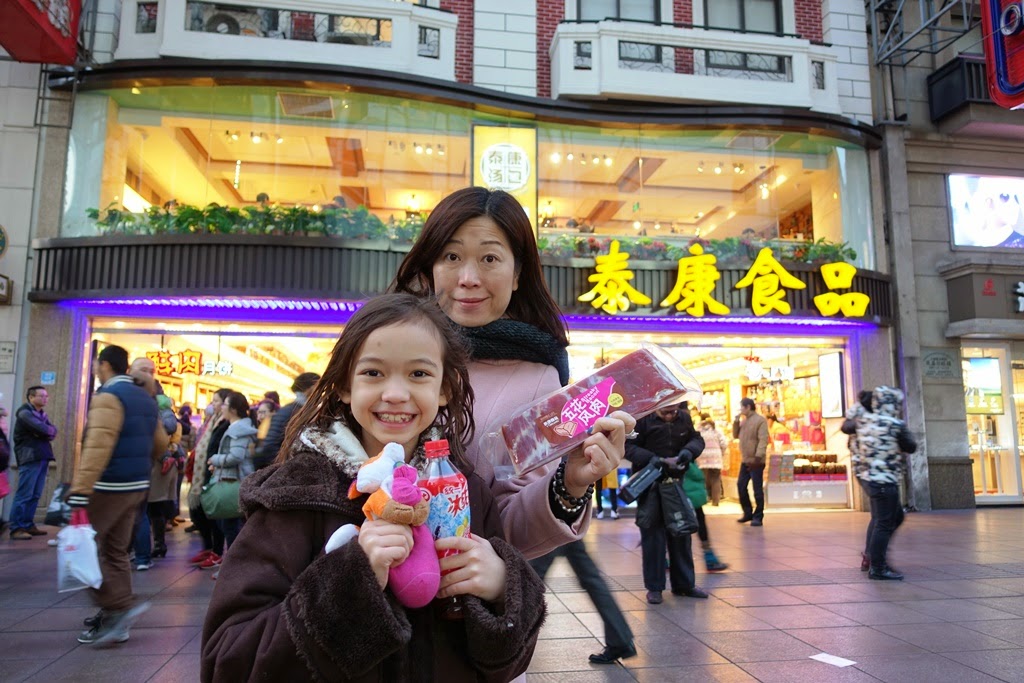 Shanghai First Food Store is another fine purveyor of flattened pig heads. The second floor specializes in traditional food and snacks, including that most Chinese of dining establishments, Màidāngláo.

The site of the former Wing On, opened in 1918 and once considered one of the "big four" department stores in Shanghai. Walking through the first floor today, it's hard to conjure up the building's former glory. 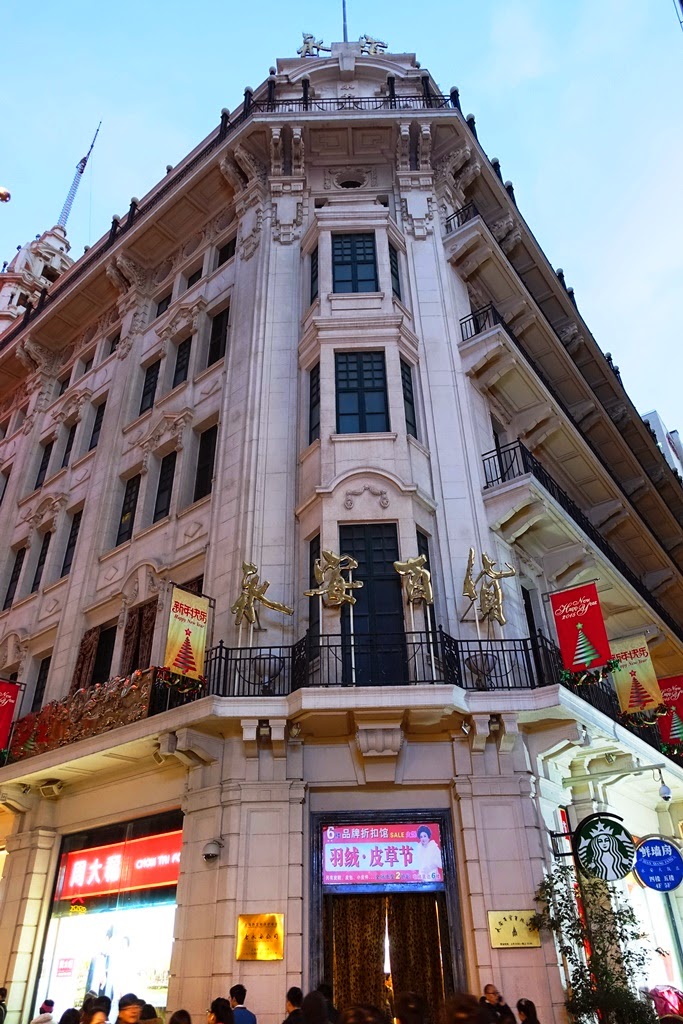 Nanjing Dong Lu after the sun goes down and the neon comes on. Though certainly lively with all the pedestrian traffic, the shopping options are desultory for the most part, and the constant offers of crappy kids toys and knockoff watches and bags get tiring quickly (and had it not been for the presence of Amber and Pamela, I'm sure I would've been given ample opportunities for procuring the services of "girls" and/or "massages"). 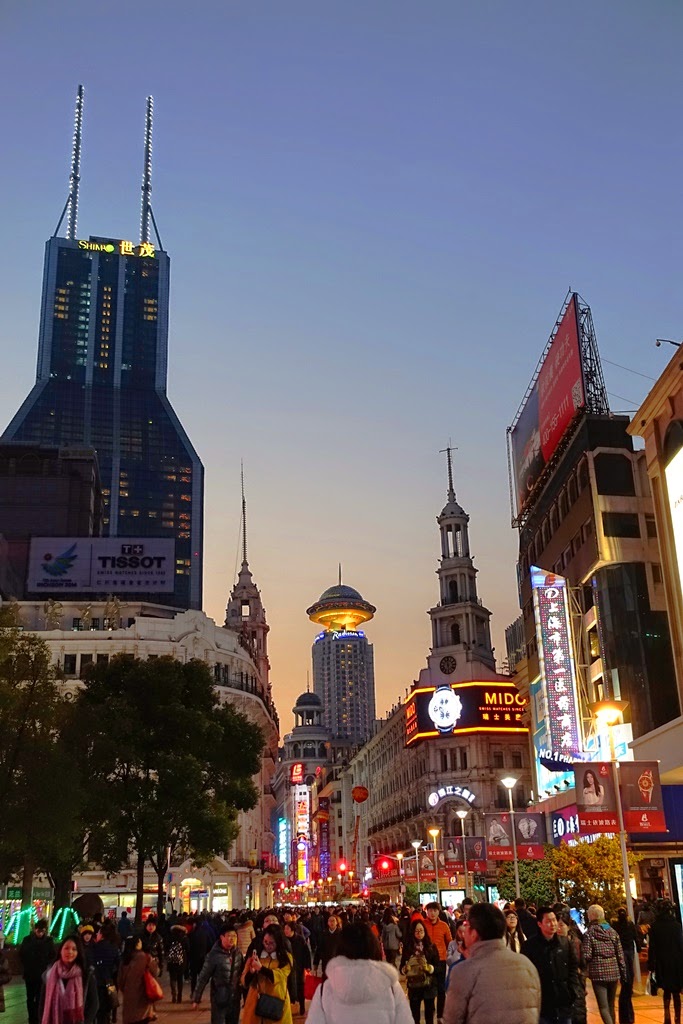 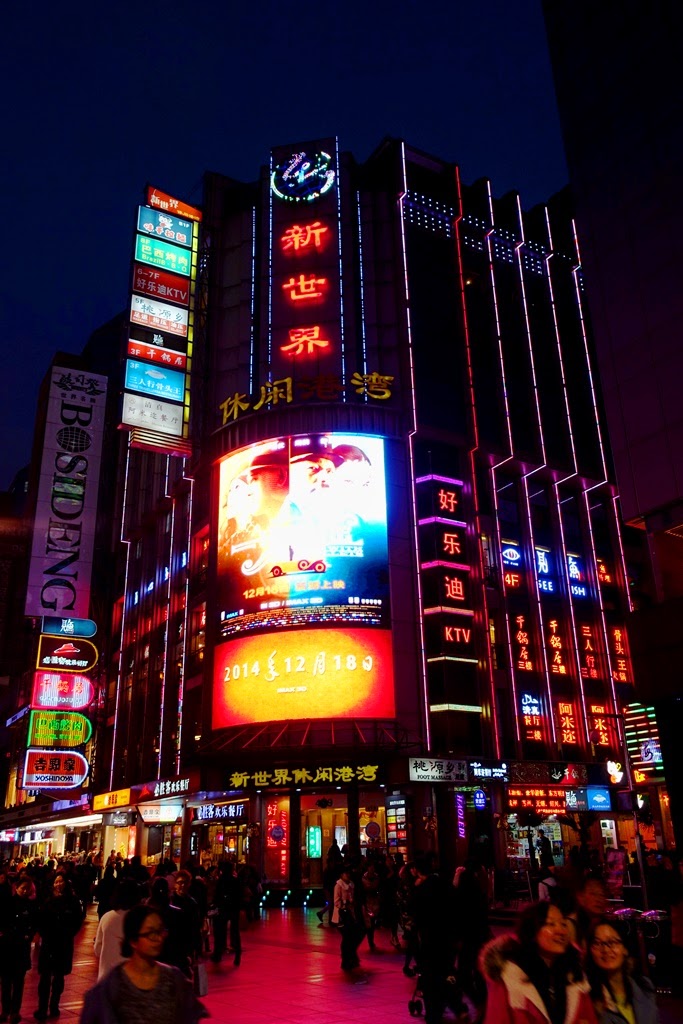 Gold shops proliferate along the pedestrianized street. As China's middle-class continues to grow, the demand among the nouveau riche 土豪 for tasteless jewelry to show off the new-found wealth of Wēnzhōu's 温州 prosperous factory owners shows no signs of abating. 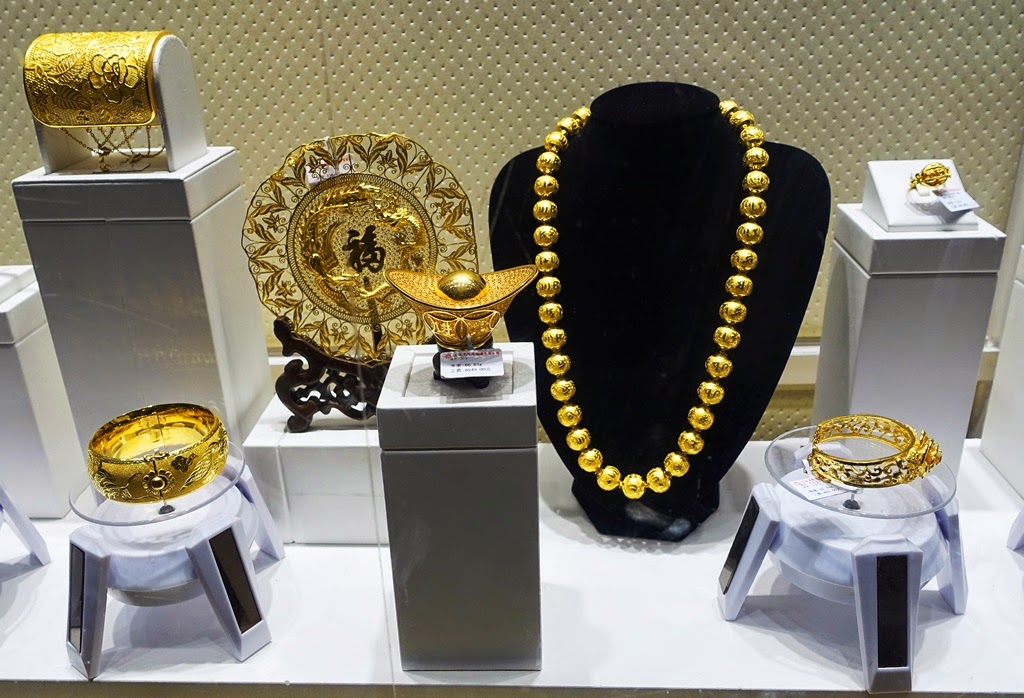 While many of the items for sale in the shops along Nanjing Dong Lu were lacking in taste, the same couldn't be said of the food. You can't go too wrong in China in this regard. 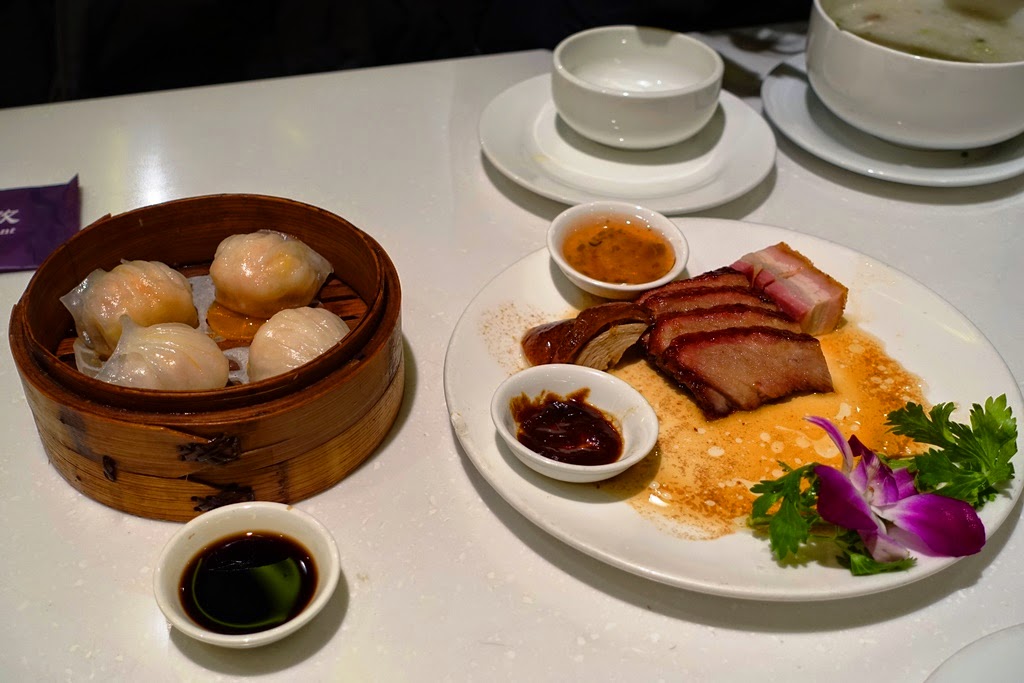